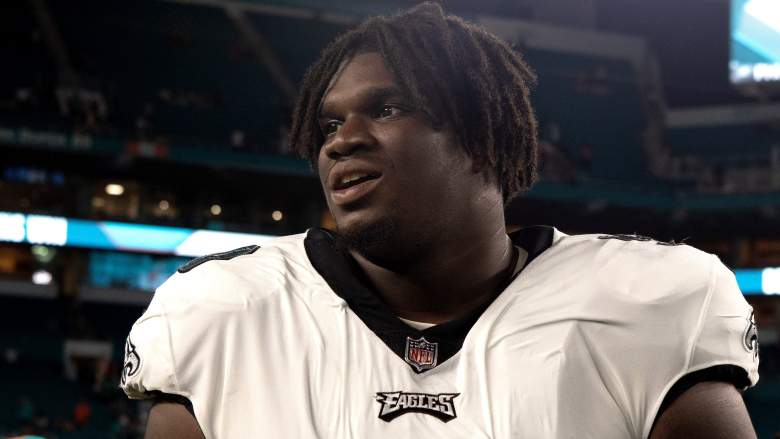 It made some waves when former Eagles linebacker Seth Joyner called rookie defensive tackle Jordan Davis a “mama’s boy,” and now the rookie says he saw a “scary sight.” However, the frightening sight doesn’t fit Joyner’s image of Davis as a soft and frightened newcomer.

Instead, it’s the Eagles themselves.

Davis wrote that he knows what the goal is in Philadelphia, a return to the “promised land,” in terms of winning another Super Bowl. The former Georgia Bulldog also addressed the Eagles’ family atmosphere in the locker room as an integral part of their pursuit of success.

Davis had two tackles in 27 snaps on his debut and hopes to improve on that performance tonight against the Vikings.

“Lane is the best right tackle in this league,” Sirianni said. “I wouldn’t take anyone else for me. I don’t even think it’s particularly close.”

The answer came in response to a question about whether it was possible to hit Johnson and left tackle Jordan Mailata against the Vikings’ talented edge rushers. Sirianni first saluted Mailata for improving week after week and then sang the praises of Johnson.

“We’ll be right back,” Sirianni assured. “But that doesn’t mean we’re still not going through the process – we still don’t have plays to help out the rim if we have to. So, it’s a bit, yes, we’re very comfortable with our staff, but we also throw some help at them every now and then.”

Sirianni said he spends more time worrying about his opponents’ cornerbacks and defensive ends than any other group of positions when planning play for the Eagles’ offense.

“How are you going to stop the guys who can ruin the game?” Sirianni asked. “Defensive end is the first place you always look.”

Wide receiver Zach Pascal was on the field for just 22 percent of the Eagles’ offensive snaps in last week’s season opener and he was only targeted once in the passing game, clinching the catch for a 7-yard gain. However, that didn’t stop head coach Nick Sirianni from praising Pascal’s skills, which include a willingness to focus on blocking and physicality.

“There aren’t many of these guys out there,” Sirianni said. “A wide receiver that goes out and does the dirty work. Sometimes that’s not always the position where guys will do that.

Sirianni said it can be difficult to find the combination of a player willing to be tenacious in blocking but also capable of catching passes.

“All these skills are going to be hard to find, you’re looking for good players,” explained Sirianni. “But yeah, for me, that’s hard to find in this position, and I’m just glad we have her in Zach.”