Dustin Poirier sounds out as he made big UFC strides 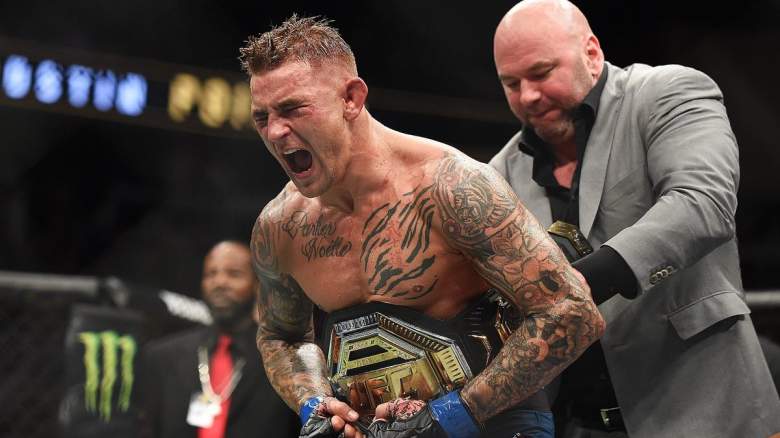 UFC superstar Dustin Poirier revealed his future at lightweight after looking to move up to welterweight.

The former lightweight champion will face Michael Chandler at UFC 281 on November 12 in the promotion’s long-awaited return at Madison Square Garden in New York. After being on the sidelines for about a year, he will be looking to get back on track after losing to uncrowned champion Charles Oliveira in his last appearance at UFC 269 in December 2021.

Poirier weighed his options after the competition and expressed interest in moving up a weight class to 170 pounds. Ultimately he decided to continue at lightweight and will try to make a statement to Chandler to stay in the title fight mix.

In an interview with Heavy ahead of his fight with Chandler, CELSIUS-sponsored athlete Poirier shared his thoughts on potentially leaving the 155lb division and explained his reasons for wanting to switch earlier.

“Anyone, if I decide to move up, anyone could be a potential opponent so the door is wide open for that,” Poirier said. “Actually, I’m not heavy walking at all. I’m the lightest I’ve ever come to a training camp in eight weeks, so we’ll see. I’ve been fighting for a while, Michael too.

“As you get older, your body gets denser, your bones get denser, muscles change, and you just get heavier over time. You will see a boxer fight a long career fighting four or five different weight classes. Since I was 25 or 26 I’ve weighed 155 pounds now, my body has continued to grow over the years. I can still do the weight but I want to enjoy the process. I don’t want to hate my training camp, count calories and do all this and that. But I can still manage the weight, no problem.”

Poirier made it clear that weight is not the issue. It wasn’t a necessity for him, but a choice he can later make.

“It depends on the quality of life I want to live, inside and outside of the training camp. That’s really what it boils down to,” said Poirier. “But if I ever went up, the decision not to fight at 155 would come down solely to my opinion on how to enjoy training camp and not drag my body down. It’s not because I can’t do the weight. I can do the weight.”

As a longtime user of CELSIUS, a partnership with the company was a natural fit for Diamond. He spoke about the collaboration and how the company’s values ​​align with his own.

“It’s been great so far, everyone at the company has been great,” he continued. “Every time I walk into the office, we have a good time. I usually stay longer than I should because we end up sitting in the office just talking about my training and the flavors they plan to bring.

“It’s a good synergy that we have. It was an organic thing because I drank it before. So when I go there and talk to them about flavors and the non-carbonated drinks that me and my wife used to buy with the green tea, it’s just fun.”