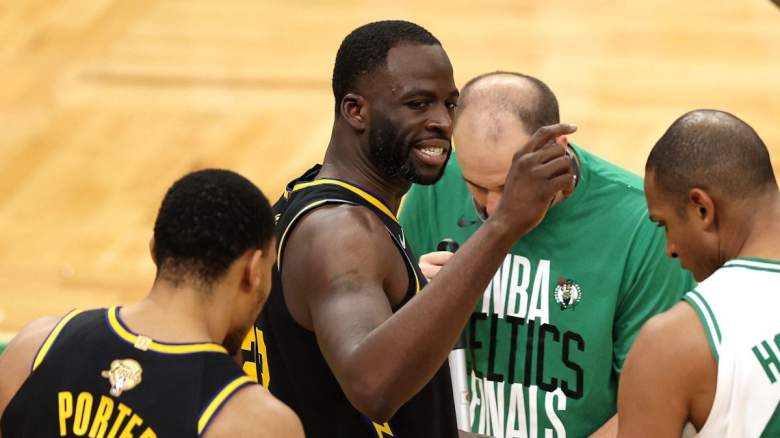 The Boston Celtics have won seven straight games and are now 33-12 for the year, which is good for first place in the Eastern Conference standings and the best record in the NBA. And on Thursday, January 19, they will face the Golden State Warriors in an NBA Finals rematch for the second time this year.

It was an intense battle as the Celtics and the Warriors squared off in the Finals and the focus was on Draymond Green walking back and forth with the Boston crowd. During a recent chat with ESPN’s Kendra Andrews, Green sent a message about the possibility of Celtics fans taunting him for his preseason incident with Jordan Poole.

“When someone brings that up, I worry more about Jordan than I do myself,” Green told Andrews. “I’m always very vigilant because I want to see how that builds up in Jordan’s head. What actions do I need to take at this moment to make sure it doesn’t mentally affect him?

A video was released ahead of the start of the season of Green slapping Poole in the face during practice. It exploded into a major issue and Green apologized to Poole, Poole’s family and the Warriors organization.

Additionally, Green also revealed how he plans to greet the crowd in Boston ahead of their second rematch of the year.

“I’ll greet you with a nice smile,” Green said to Andrews. “As did I after we won the championship.”

Celtics fans and Green don’t get along, but the Warriors veteran has had a solid season this year. He has appeared in 40 of the team’s 44 games and plays 31.4 minutes per competition. Green averages 7.9 points, 7.0 rebounds, and 6.7 assists per game on 50.2% shots from the field and 32.5% shots from behind the three-point line.

Heading into the contest against Golden State, the Celtics seek revenge. Not only for their loss in the finals, but also for their loss earlier this season. And before the second tilt of the season between the two teams, Brown sent a message his teammates about a victory after the results of the finals.

However, Boston has more to worry about than the upcoming matchup against the Warriors. The trade deadline is February 9, but according to CelticsBlog’s Keith Smith, the Celtics are more likely to get involved in the buyout market than make any deals by the deadline.

“Various sources told CelticsBlog that they expect Boston to be a top destination in the buyout market,” Smith wrote. “A source said, ‘You don’t have to make a trade. Why bother? You don’t need anything. brad [Stevens] already gave Joe [everything he needs]. And this Gallo [Danilo Gallinari] exception [Disabled Player Exception] will allow them to outperform all others for a buyout type. You can let the deadline pass and then just pick the best free agent(s) for the playoff depth. And vets will all want the Celtics because they get paid and they can win.’”