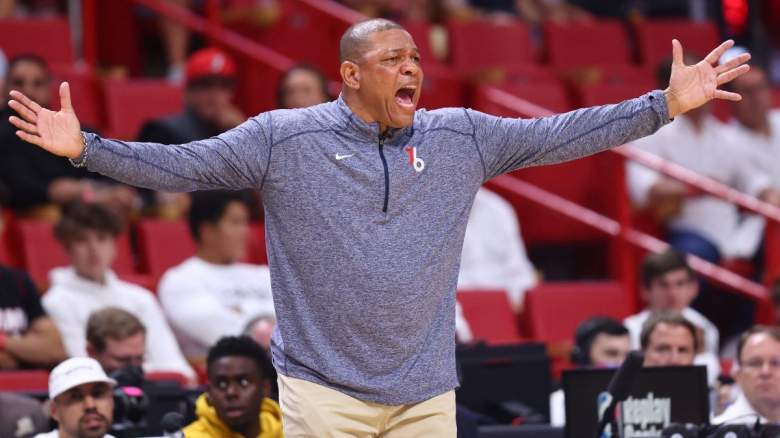 After an offseason that saw a plethora of roster-strengthening moves, the Philadelphia 76ers are under self-examination. ESPN’s Adrian Wojnarowski recently reported that the NBA League Office is launching a manipulation investigation into the signings of PJ Tucker, Daniel House Jr. and James Harden.

This comes after Harden turned down his $47 million player option to sign a two-year deal with the Sixers at a more team-friendly price. With the extra Cap spot, Daryl Morey was able to step out and sign the pair of veteran wings to multi-year contracts.

As the investigation begins, Doc Rivers recently addressed the allegations against ESPN’s Vince Carter. There he revealed Morey wasn’t sure what Harden would do hours before a final decision had to be made with his player option.

After another post-season run ended in the second round, Daryl Morey quickly got to work making the necessary adjustments to the roster. While most are aware of the recent signings, the team also improved on draft night when Danny Green was traded to the Memphis Grizzlies in exchange for combo guard De’Anthony Melton.

With a new NBA season about to begin, the folks at NBA.com recently compiled a Power Rankings for the Eastern Conference. The Sixers find themselves in third place, with the Milwaukee Bucks and Boston Celtics the only teams ahead of them.

Along with their core of Harden, Joel Embiid, Tyrese Maxey and Tobias Harris, the Sixers have a supporting cast riddled with defense and shooting. All the parts are in place for them to seriously contend for the NBA title in 2023.

Last season, one of the biggest developments for the Sixers was the emergence of Tyrese Maxey. Though he didn’t play regularly as a rookie, the former first-round pick thrived in his first season as a full-time starter. Maxey appeared in 75 games last season averaged 17.5 PPG, 3.2 RPG and 4.3 APG.

After his breakout year, Maxey finds himself in the top ten of the Rankings by HoopsHype of the best shooting guards in the NBA. The 21-year-old sits in ninth place between CJ McCollum and Desmond Bane.