Djokovic involved in the Australian Open draw despite visa uncertainty 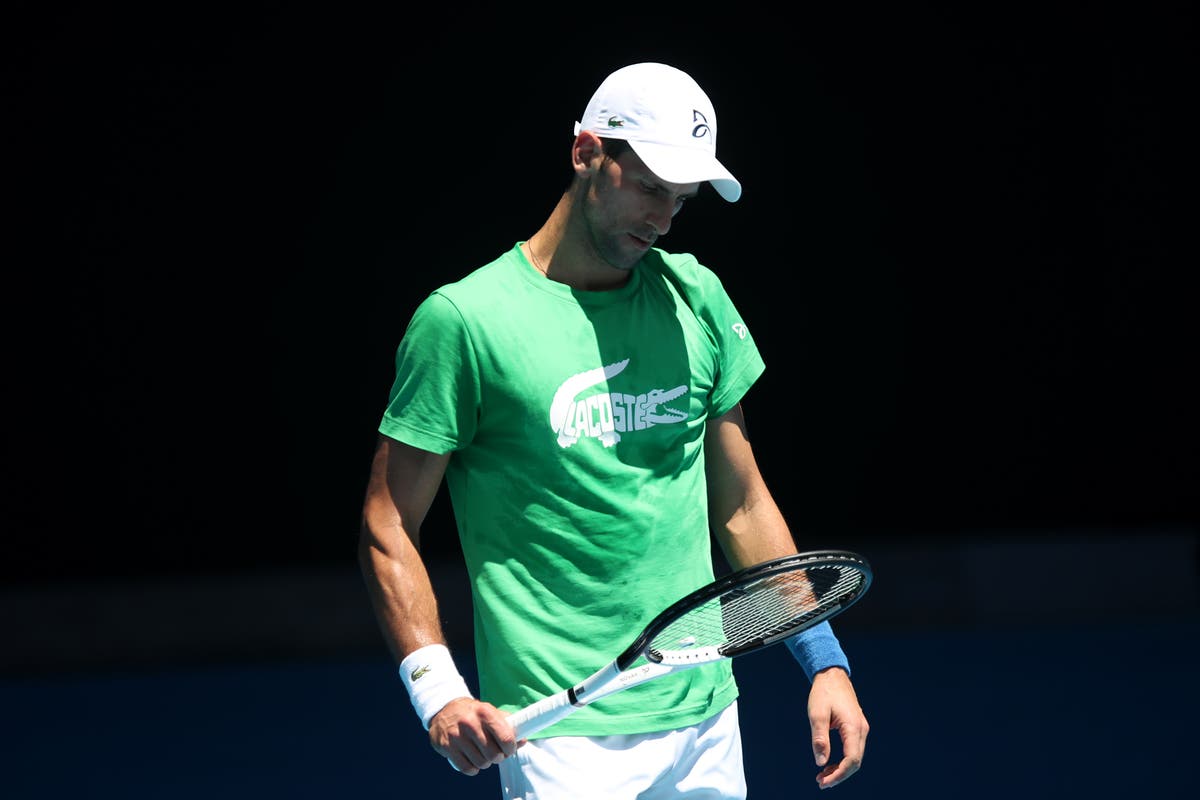 Novak Djokovic was included as the top seed in the official draw for the Australian Open on Thursday, although the world’s number 1 vaccine status continued to cause a sensation ahead of the major tennis tournament.

It remains uncertain whether the player’s visa will be canceled a second time as Australia’s top immigration officer weighs the option to exercise discretion amid concerns over Djokovic’s conduct around Covid-19 safety protocols and the vaccine.

Djokovic, who trained at Rod Laver Arena on Thursday after a judge ruled in his favor and ordered his immediate release from prison, is now expected to play for his opening game on Monday or Tuesday.

He was drawn again by the unset player Miomir Kecmanovic, a Serb compatriot. The official draw was postponed by more than an hour by the organizer Tennis Australia without giving a reason.

If Djokovic is asked to leave the tournament before Monday’s games, it is expected that the seeds will be reshuffled and fifth seeded Andrey Rublev is likely to replace him.

Just 24 hours earlier, Djokovic had admitted to having taken part in an interview with a French journalist in December while he was Covid-positive and called this in his statement an “assessment error”.

The player was forced to divulge his diagnosis of Covid as it formed the basis of his application for an exemption from Australian rules that require people entering the country to be vaccinated.

Djokovic said he also committed a “human error” after a mistake was posted on his Australian entry documents that violated the country’s strict laws on reporting recent trips. Australia has considered whether Djokovic should be deported.

The 34-year-old’s vaccination skepticism sparked anger in Australia after he decided to apply for a medical exemption to enter the country that is currently experiencing its worst spike in Covid cases and is enforcing lockdown measures in several states, including this most populous New South Wales.

After Djokovic reached the host country last week, the Australian border police invalidated his exemption and sent him to an immigration detention hotel with asylum seekers.

However, the court overturned that decision and said he should be allowed to stay in the country as officials treated Djokovic’s seven-hour interview late at night “unreasonably”.

Prime Minister Scott Morrison declined to comment on the Djokovic visa issue again in an interview on Thursday and has spoken to his Serbian counterpart about it. The dispute has become a big topic of conversation and fueled the nationalist mood in Djokovic’s homeland.

Elsewhere in the draw, Rafael Nadal was placed in the same half as Djokovic and is a potential semi-final opponent for the top seeded, with third-placed Alexander Zverev also in the top half.

Andy Murray’s return to Melbourne three years after the emotions of what would be his final appearance will begin his campaign against Georgian 21st Nikoloz Basilashvili, whom he defeated at the Sydney Tennis Classics on Wednesday.

There were tough ties for the three British seeds, led by Emma Raducanu, who was seeded at 17 and whose first Grand Slam match since winning the US Open, she takes on 2017 New York champions Sloane Stephens.

Cameron Norrie, ranked 12th after his brilliant year in 2021, will take on the fast-growing young American Sebastian Korda, while Dan Evans will take on former Top 10 star David Goffin in 24th.

Heather Watson has been paired with Egyptian Mayar Sherif, while the fourth round could lead to a blockbuster match between defending champion Naomi Osaka and world number one Ashleigh Barty.