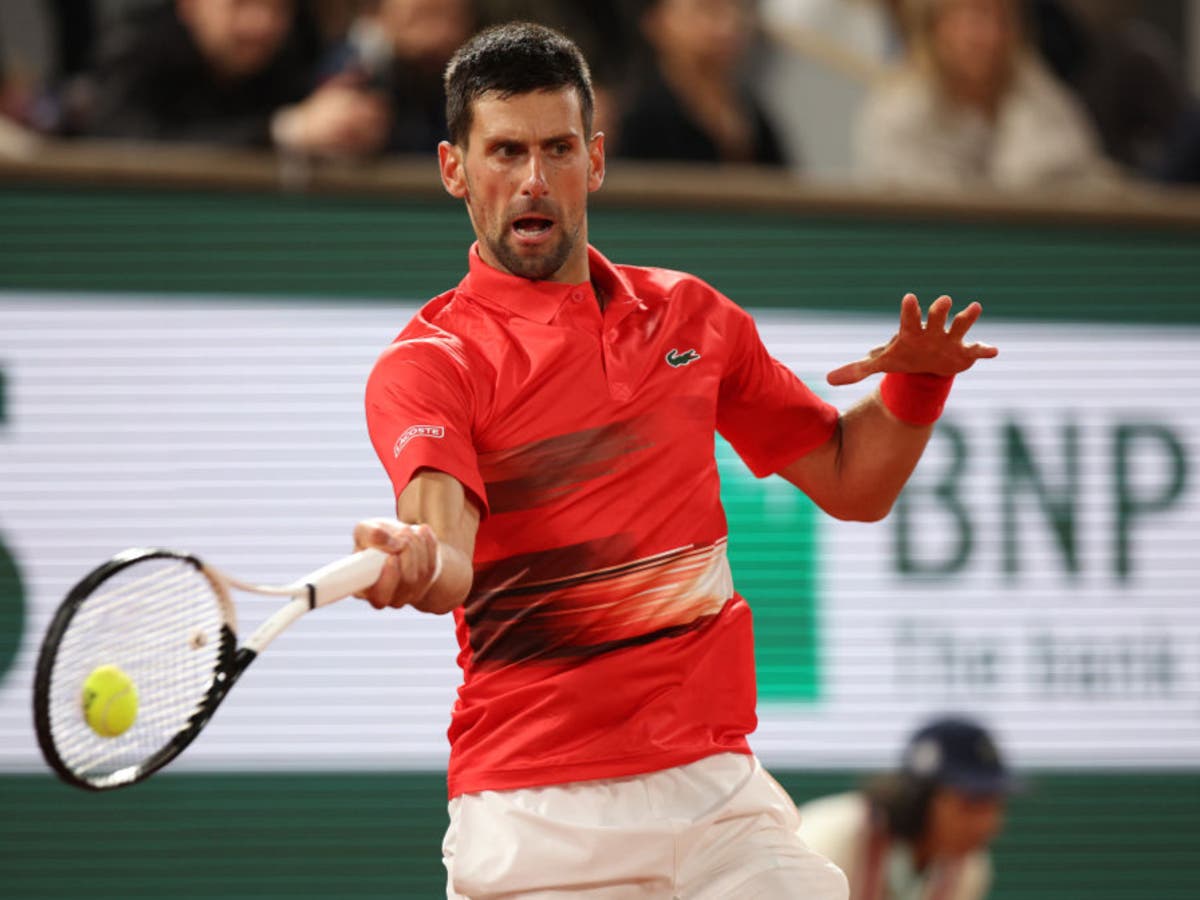 World No. 1 Novak Djokovic said Wimbledon’s decision to ban Russian and Belarusian players from this year’s championships was a “mistake”, and supported the move by the ATP and WTA tours to remove ranking points from the tournament.

Djokovic said he plans to play Wimbledon despite losing the 2,000 ranking points he gained by winning the Championships for the sixth time last summer.

It comes after four-time Major winner Naomi Osaka said she was unsure if she would attend Wimbledon as she believed the lack of ranking points on offer would make it an “exhibition event”.

The ATP and WTA announced their decision last week after Wimbledon refused to change their stance on banning Russian and Belarusian players due to the invasion of Ukraine.

Djokovic, speaking to reporters after his first-round win over Yoshihito Nishioka at the French Open, said it was a “lose-lose” situation for everyone.

“On a personal level, of course I will drop them this year without a chance to play and defend my 4,000 points from Australia and Wimbledon,” Djokovic said.

“On a personal, individual level, I am very negatively affected by this. Overall, I am happy that the players came together and showed the Grand Slam that if we make a mistake, we have to show that there will be consequences.

“I think, it [Wimbledon’s ban] was a wrong decision. I don’t support that at all. But in these times it is a sensitive issue and whatever you decide will create a lot of conflict.”

The All England Lawn Tennis Club expressed its “deep disappointment” with the response from the ATP and WTA, saying it was their only viable option on government advice.

British No. 1 Cameron Norrie also criticized the decision, saying he was “very disappointed”. However, Djokovic said he will try to defend his Wimbledon title even with no ranking points on offer.

“It’s a very unique and strange situation, but a Grand Slam is a Grand Slam,” Djokovic said.

“Wimbledon has always been my dream since I was a kid. I don’t look at it through the lens of points or prize money but there has to be some standards with some mutual respect.

“It’s one of those decisions where there’s always going to be someone who’s going to suffer more. It’s a lose-lose situation.”