Details on why Nets passed on Ime Udoka’s hiring 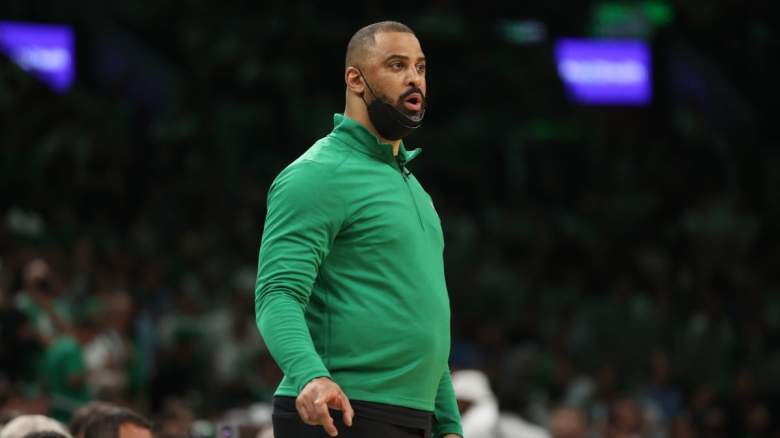 Wojnarowski explained why the Nets refrained from hiring Udoka.

“I think it got too difficult for the Nets to hire Ime Udoka with the events of the whole Kyrie Irving situation last week. Then certainly not just the potential backlash, but the disruption that would come with Udoka as a result of his arrival. Likely Irving’s return possibly sometime early in a possible Udoka tenure. said Wojnarowski.

Wojnarowski then pointed out why the Nets went with Vaughn instead.

“I think for the Nets they saw some stability and traction in his stint as interim coach with Jacque Vaughn. I think a belief that he had started to stabilize this team. I think Kevin Durant and the veteran players believe in Jacque Vaughn, as does the management and ownership.”

Wojnarowski later said it was the “timing” with Ime Udoka that didn’t feel right for the Nets to hire him to replace Steve Nash.

Vaughn has been an assistant with the Nets since 2016 and was the interim head coach between the Nets’ split from Kenny Atkinson and the hiring of Steve Nash as head coach.

Charania added more details on why the Nets decided not to hire Udoka as their next head coach. According to Charania, several factors played a role in why the nets passed him on, beyond the Udoka controversy.

“Those factors include a Nets investigation and due diligence process into the suspended coach that took longer than originally anticipated, the outcry after people outside and within the organization learned of their plan, and the short- and long-term question marks over the team’s ability to participate in the Eastern Conference as a result of Irving’s indefinite suspension,” said Charania.

Charania added that the Nets had spoken to Udoka before parting ways with former head coach Steve Nash.

“The Nets began direct communications about the potential to hire Udoka, including allowing the Celtics and starting initial talks, 24 to 48 hours before the franchise fired Nash last Tuesday, multiple sources with knowledge of the talks the athlete.”

Udoka was an assistant for the Nets in the 2020-21 season before the Celtics hired him as head coach.

On November 6, Marc Stein reported that Joe Tsai was urged not to hire Udoka as the next head coach due to the Nets already having internal troubles.

“League sources say there have been some ‘strong voices’ urging Joe Tsai to overturn the Nets’ intention to hire suspended Celtics coach Ime Udoka as Steve Nash’s successor amid the considerable turmoil Brooklyn is experiencing in this season was already suspended.” said stone.

After 11 games into the season, the Nets are currently 4-7.