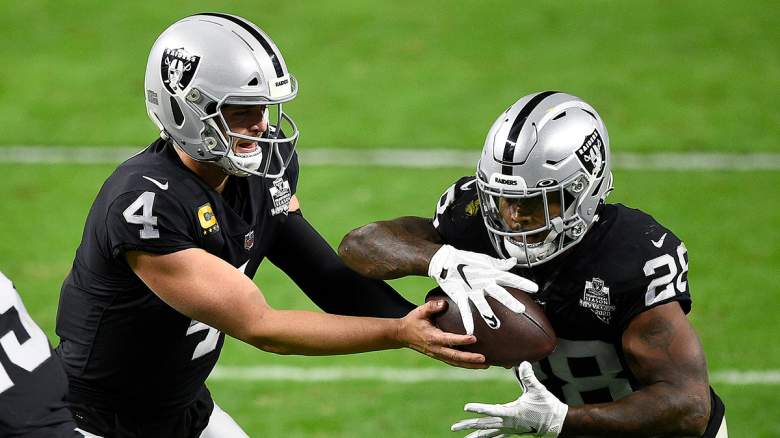 A bad week for Jon Gruden got much worse after the Las Vegas Raiders lost 9-20 to the Chicago Bears on Sunday. The coach is in the midst of a major controversy after a 2011 email leaked saying NFL Players Association chief executive DeMaurice Smith “has lips the size of Michelin tires.” The Raiders played tough against the Bears but were incredibly sloppy.

Running back Josh Jacobs insists the poor performance had nothing to do with the email controversy.

“I don’t think it had anything to do with (Gruden’s email),” Jacobs said after the loss. “I think it’s just how the guys came out – for the past few weeks we’ve come out flat at the start of the game. It was kind of an emphasis on trying to get it going early, and we didn’t do that today. “

Gruden is just beginning and the team or the NFL could still punish him for the email. However, Jacobs made it clear that he trusts his head coach.

“I’ve been with this guy for three years now and I’ve never felt a certain way about him,” said Jacobs. “He never rubbed me in any particular way. What he said is what he said at the end of the day. But I definitely trust him.

These words from Jacobs will certainly help Gruden. He’s one of the most respected young players on the team and his words carry weight.

Nothing else emerged in Gruden’s career suggesting that he had racist views. The email worries many and he apologizes for his words. Quarterback Derek Carr saw none of this coming.

“As a team we thought, ‘Yes, Coach, that was 10 years ago. We love you man We have your back, ‘”said Carr on Sunday. “We’re just trying to be there for coaches. … I was very shocked (about the email). He has never shown any of these qualities. “

Carr is the leader of the team. If he still trusts the coach, it will help Gruden regain his credibility.

Gruden was very fortunate to be able to pre-empt this whole situation by speaking to his team before the news of the email leaked. Linebacker Denzel Perryman has only been on the team for a short time, so he probably doesn’t have a big relationship with Gruden yet. He didn’t seem offended by the coach’s words in 2011, however.

“[Gruden] talked to us about it and that was it, ”Perryman said on Sunday. “I literally let go of it as soon as we left the meeting room. I wasn’t focused on that … still not focused on it. I don’t know how many years ago that was, I couldn’t care less. “

No Raiders players have played directly against Gruden yet. There might be some who had a big problem, but they didn’t speak up. For the coach, this controversy is far from over.

No Raiders players have played directly against Gruden yet. There might be some who had a big problem, but they didn’t speak up. For the coach, this controversy is far from over.