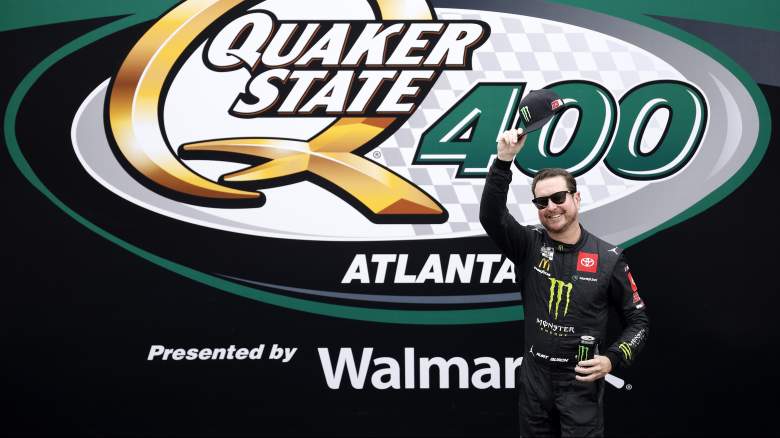 When 23XI Racing announced that Tyler Reddick would be joining the organization beginning in 2024, questions immediately arose about the two current drivers. Denny Hamlin has now clarified one by confirming that Kurt Busch has a job as long as he wants one.

Hamlin made the comment on July 12 during an appearance on SiriusXM’s Tradin’ Paint. He explained that Busch brought more to the table in terms of talent and leadership in his freshman season. Hamlin then explained that he would like to keep the 2004 Cup Series champion even after his time in the No. 45 Toyota is up.

“Our first conversation with Kurt when we signed him was, ‘This is your long-term future no matter what,'” Hamlin said during his performance. “‘You can ride as long as you want, and on top of that we’d like to keep you beyond that because we think you’re a very good leader who can help build this team.'”

The Las Vegas native has extensive experience in NASCAR’s top series. He began his full-time career in 2001 and has completed 775 starts since then. 19 of those were with 23XI Racing after agreeing to join the team on a multi-year deal.

Similar to Bubba Wallace, Busch has struggled in his first season with the team. There have been failed inspections, mechanical problems and crashes, but he has still performed strongly after joining the Toyota Racing Development family.

Busch has seven top 10 finishes, five top 5 finishes and one win in the first 19 races of the 2022 season. His trip to Victory Lane at Kansas Speedway was his first at the track and maintained his nine straight season streak alive with a win. That puts him just one win behind Brad Keselowski (35) on the all-time list and has at least a season left to reach that goal.

Alongside the victories, Busch also set a new record for 23XI Racing. He led 116 laps during his dominant run at the Kansas Speedway, which shattered the previous mark for the organization (101 laps).

Busch has achieved a lot in his Cup Series career and he will do so again in the 2023 season. He will start his second year with 23XI Racing with just eight starts ahead of 800.

If Busch starts all 36 races in the 2023 season, he will pass several Hall of Famers on the all-time entry list. He will skip Jeff Gordon (805) and Darrell Waltrip (809) before finishing the year with Bill Elliott (828) seventh all-time. He will be one start behind Kyle Petty (829).

Before scoring 800 starts, Busch must first complete the remaining 17 races in 2022. He will use those starts to get a career 792 while passing Michael Waltrip (784) to break into the top 10. However, Busch will remain focused on pursuing his second championship rather than moving up the historical rankings.

Emma Mackey does her best in Eiffel, but this ridiculous architectural drama is just silly

Emma Mackey does her best in Eiffel, but this ridiculous architectural drama is just silly