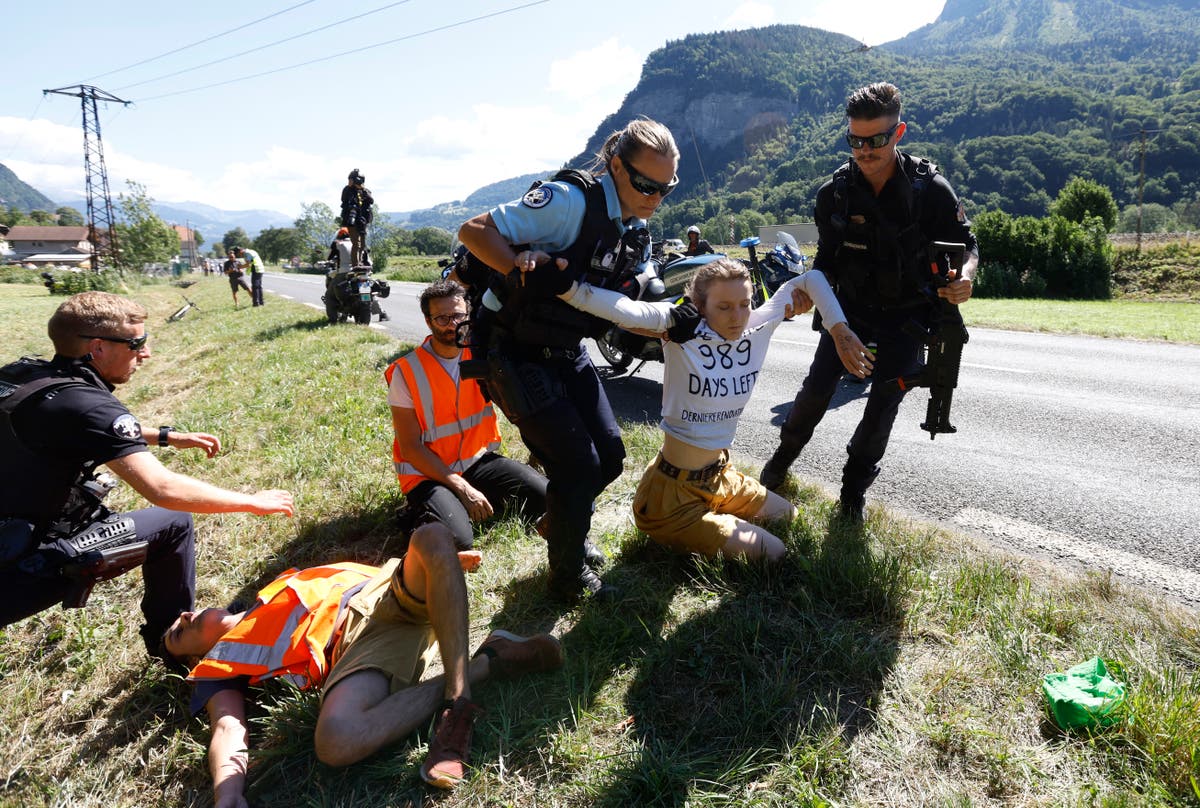 The Tour de France was brought to a standstill on Tuesday when protesters blocked the road en route to Megève.

A large breakaway group of riders was leading Stage 10 for several minutes when they encountered protesters standing across the road with about 35km of the 148km route remaining.

Two of the activists sat tied back to back while others fired red smoke bombs, and the escape was severely hampered in his goal.

Eurosport on-road commentator Bradley Wiggins reported on how team officers left their cars to physically remove the protesters and described the conflict as “great scenes” while police also intervened.

Race director Christian Prudhomme was forced to neutralize the stage and restore the previous time gaps, causing many riders to wait around 10 minutes.

A group called Last renovation took responsibility for the disruption.

Their statement on social media read: “Today 9 citizens supporting Last Renovation disrupted Stage 10 of the Tour de France between Morzine and Megève in Magland to stop the mad race to annihilate our society.

“We can no longer remain spectators of the ongoing climate catastrophe. We still have 989 days to save our future, our humanity.

“The finish line is a ravine and we urge our government to turn back immediately.

“Our goal is to enforce legislation to drastically reduce France’s emissions, starting with energy renovation, the area that today most closely combines social and climatic justice.

“This is our last chance to avoid catastrophic and irreversible consequences: deadly heat, extreme weather events, famine, mass migrations, armed conflicts … and this for all next generations of people.”

No driver was injured and the race resumed soon after.

There have been many occasions over the years when protesters attempted to disrupt the Tour de France. In 2018, farmers rolled bales of hay onto the road and in the ensuing scuffle, police accidentally pepper-sprayed much of the peloton.