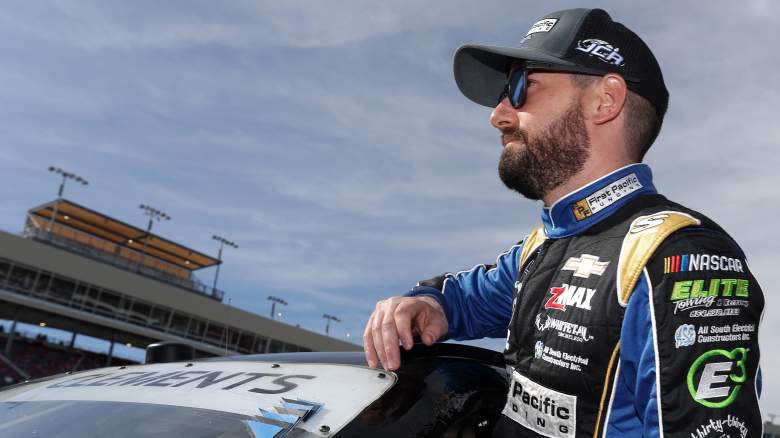 Jeremy Clements’ 2022 Xfinity Series campaign included a win at Daytona and a place in the playoffs. Now he’s wrapped up the year with a unique partnership with radio host Matthew “Mattman” Harris.

The driver of the #51 Chevrolet Camaro has teamed up with GAHLAY!, a South Carolina-based men’s grooming brand. Together they launched the Jeremy Clements 500 Beard Oil, which is the result of extensive preparation. The new product contains a large list of essential oils, including Castor Essential Oil, Orange Bitter Essential Oil, and Grape Seed Essential Oil.

“I’ve known Mattman for about 12 years on The Rise Guys, we became good friends,” Clements said in a press release. “When he started with GAHLAY! I have used all the products and really liked them while growing a beard. We’ve been working on this fragrance all summer and I can’t wait for all my fans to try it out. Be sure to be a really good stocking stuffer!”

As Clements noted in the press release, he maintains a friendship with GAHLAY! Founder Mattman for several years. He has made several appearances on The Rise Guys radio show, including after his victory at Daytona International Speedway.

Also, GAHLAY! also worked with Clements during a crucial regular season race. The men’s grooming brand had the bear logo on the namebar of the No. 51 Chevrolet Camaro during the Food City 300 at Bristol Motor Speedway.

The regular season finale featured a late bout between Austin Hill, Brandon Jones and Noah Gragson. The driver of the No. 9 JR Motorsports Chevrolet Camaro led 25 laps before winning his sixth race of the year.

Meanwhile, Clements finished 16th in his 22nd top-20 of the year. The South Carolina native then turned his attention to the Xfinity Series playoffs and round of 16, which featured races at Texas Motor Speedway, Talladega Superspeedway and the Charlotte Roval.

Clements will now spend some time off the track before preparing for the unique 2023 Xfinity Series season, which includes a trip to Chicago for road racing and a return to Portland International Raceway.

Clements has recorded 37 top 10 finishes, six top 5 finishes and two wins during his time in the Xfinity Series. He celebrated his first victory in 2017 at Road America. He was behind Matt Tifft with two laps to go when they touched and spun.

Clements was able to turn over the No. 51 before third-placed driver Michael Annett closed the 10-second gap. He took the white flag and then maintained the lead before winning his first career race.

The experienced driver has a win on a street course and a win on a superspeedway. Will he add another in the 2023 season? The answer remains unknown, but Bristol Motor Speedway and New Hampshire Motor Speedway stand out as potential locations for his third career win based on previous top-5s.