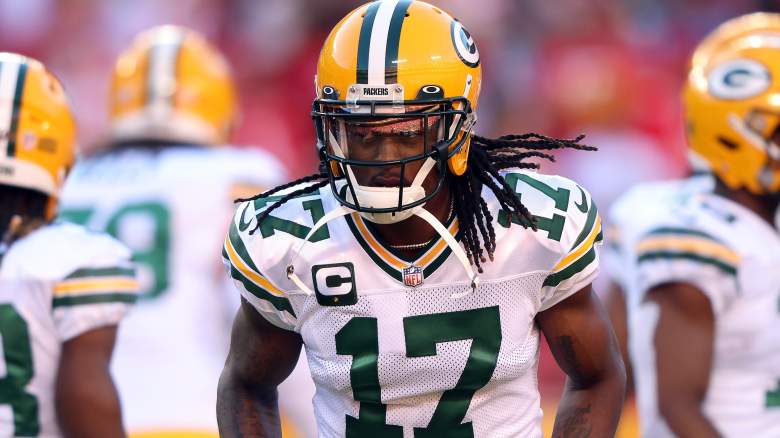 Former Green Bay Packers wide receiver Davante Adams has been slammed for a puzzling comparison between Aaron Rodgers and Derek Carr, his new quarterback with the Las Vegas Raiders.

Speaking to reporters after a Raiders practice Thursday, June 9, Adams again faced questions about Rodgers, who had spoken to the media about Adams a few days earlier. One of those questions was stacking Rodgers against Carr. The former has thrown Adams the vast majority of passes he’s seen in the NFL, while the latter has thrown most of the passes he’s caught in college and is one of his best friends.

“In terms of talent and skill, if I keep it real, it’s really similar,” Adams replied.

Adams’ response caught the eye of some prominent NFL analysts for ESPN, both of whom had only played professional football relatively recently.

Robert Griffin III, a former league starting quarterback, wrote in the Instagram thread above, “Derek Carr is his best friend and we all know love is blind.”

Louis Riddick, who played defensive end for several teams in the 1990s and was a member of the Monday Night Football broadcast crew in 2021, also commented on the thread: “Yoooooooooo 👀👀👀👀.”

Adams appeared to be in a conversational mood Thursday, particularly on Rodgers and the Packers.

The All-Pro pass catcher was asked by members of the media if it was true he turned down more money to return to Green Bay to make the Las Vegas jump. The Raiders signed Adams to what was then the richest wide receiver contract in NFL history, totaling $140 million over five years.

“You guys heard that Green Bay offered what’s higher and all that. Yeah, I’ll say it — it was true,” Adams said. “But like I said, there’s a lot more to it than that, and family is a big part of it for me. Being here geographically makes it much easier to stay connected with my family all year round.”

Rodgers also spoke to the media this week about Adam’s departure to the Raiders.

“We had some really honest conversations about my future here and how long I wanted to play, and his own thoughts on his future and where he wanted to play, live and raise his family,” Rodgers said.

“The team has obviously strengthened and made a competitive or even more convincing offer. Ultimately, Davante thought it was best for him and his family to be in Vegas,” Rodgers continued. “It sure was tough, but I love Tae and I love our connection.”

Rodgers was also asked by Ryan Wood of the Green Bay Press-Gazette when he tried to recruit Adams back to Green Bay. The quarterback’s response was more than surprising.

“Not really, because we talked almost every day.” Rodgers said. “If I feel like I have to recruit a guy like that for the Packers, I’ve already lost.”

Rodgers was also asked by Ryan Wood of the Green Bay Press-Gazette when he tried to recruit Adams back to Green Bay. The quarterback’s response was more than surprising.