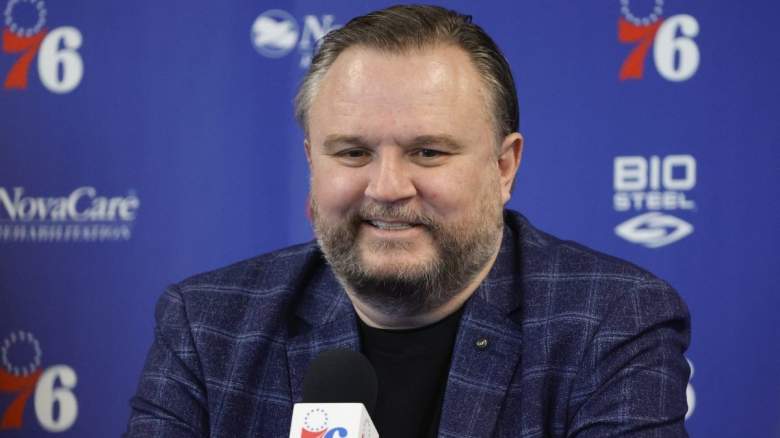 There are few front office employees in the major sports leagues as active and visible as Daryl Morey. In addition to working on salary cap margins and negotiating franchise-changing deals, Morey is never shy about engaging in an interview or sharing on Twitter. He will now expand his reach in the community by helping bring a college prep program to Camden Academy Charter High School.

News of this was first broken by Philadelphia Inquirer’s Gina Mizell, who detailed the announcement. The program is referred to as “GUIDE” which stands for Giving Underserved Individuals Direction in Education. This program was first created by Shane Battier’s Take Charge Foundation in 2016 with the first participating school in Miami. Fueled by the connection to Daryl Morey and the two men’s desire to impact more lives, GUIDE will move closer to the Philadelphia area, where success is expected to continue.

The GUIDE program works with high school students to educate them about educational opportunities and guide them towards a college degree. These include pairing students with well-trained mentors, a College Success Coach, SAT and ACT test prep courses, and several other resources. Successful completion of the two-year program earns each student a full four-year scholarship.

To date, the program has transformed the lives of over 40 students and awarded nearly $1 million in scholarships. Over 90% of GUIDE students are first generation college students and to date 100% have enrolled in college after graduation. The Miami program also recently produced its first graduate student.

Speaking about the special program he started, Shane Battier said to Mizell:

While former Rockets sniper Shane Battier has earned a ton of credit for the idea and execution so far, it’s very cool to see Daryl Morey getting involved. The two met while in Houston and this is a great example of Morey staying in touch with a former player.

There are also many connections between Battier and the city of Philadelphia. While at Duke, he was a collegiate teammate for former Sixers star and current general manager Elton Brand. Battier’s wife is also a Villanova graduate. It’s also important to note that Tad Brown, CEO of Harris Blitzer Sports and Entertainment, will also be involved with the program.

Daryl Morey has spoken about his desire to help the community in the past and is putting his money where his mouth is. Battier, along with Daryl Morey and Doc Rivers, recently spoke to students at Camden Academy Charter High School, just half a mile from the Sixers practice facility, to introduce the program. It will be great to see the positive impact this will bring and great to see Morey invested in the community that has become his new home.