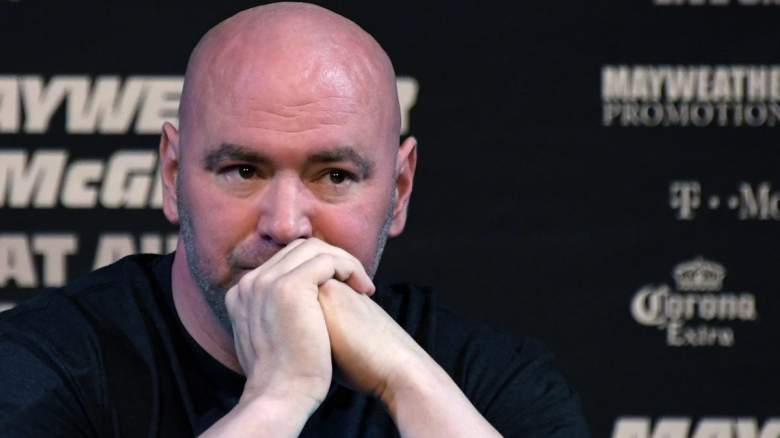 UFC President Dana White shared before and after photos of a horrific laceration Gregory Rodrigues suffered.

Last Saturday, Rodrigues took on Chidi Njokuani on the UFC Vegas 60 main card. Rodrigues came into the fight after an impressive KO win over Julian Marquez in June and scored another highlight with punches in the second round against Njokuani. There was a moment when the competition seemed in danger of being abandoned by the doctor, as Njokuani opened up a rough cut just above Rodrigue’s nose.

“RoboCop” managed to survive the slash and grab a second straight win, making it two and one for the year, with the only loss coming in February to Armen Petrosyan.

After the fight, White went on to his Instagram to update fans on Rodrigues’ nasty cut. He posted two photos in his story, one showing a clear view of the knobby wound and the other after the stitches.

You can check both of them out below.

Reigning UFC Bantamweight Champion Aljamain Sterling shared his thoughts on Rodrigues’ incredible win. tweet: “Like TF, did he come back with his face fallen off? Insane toughness, cardio and cardio right there! #UFCVegas60.”

Welterweight No. 1 and former title challenger Gilbert Burns weighed in with his comments: “Wow so happy for @gregory_mma his wife is 8 months pregnant! He’s a great guy, he deserves it! So happy for him! #ufcvegas61.”

‘RoboCop’ described what was going on in his head during the fight in the Oktagon post fight interview.

“Bro, I know one thing, I was born for this,” Rodrigues said. “It doesn’t matter that you have to kill me. But if I survive with that, you’re coming with me. I’m a RoboCop,” Rodrigues said. “I felt the blood come out and then my head said, man, calm down, don’t rush. But I felt like Chidi (Njokuani) is a warrior. I’m thankful to fight the biggest guys in this cage. I want to say thank you Dana, thank you Mick! That’s what I said. I’m a guy who accepts challenges. I want to compete against the best, so here I am. Let’s go, I’m ready to go.”

During the post-fight press conference, “RoboCop” spoke about the moment he suffered the cut and how he managed to recover with the help of his corner.

“The cut was bad bro, but the wins to come are worth it. I’m so happy. I always expect a fight like this. We’re inside the UFC, it’s the World Cup. The best fighters are here and I’m one of them. I’m just happy and thankful for everything that happened in my life. I remember getting dizzy, it was very hard, I felt like, ‘What happened?’

“Then the blood came down and I was kind of blind trying to figure out what I was going to do. But like I said, I want to thank my corner, these guys are amazing. They did a great job, they started talking to me and helped me calm down, I came back and then I started thinking I need to do something like throw my bones or try to use my hands to throw to slow him down a bit.

“After that cut everyone will be confident and try to finish the fight. Then I threw my hands down to show him I was still in there.”

“We should have laid the foundation better,” says PM in reference to the mini-budget, but stands by tax cuts

“We should have laid the foundation better,” says PM in reference to the mini-budget, but stands by tax cuts