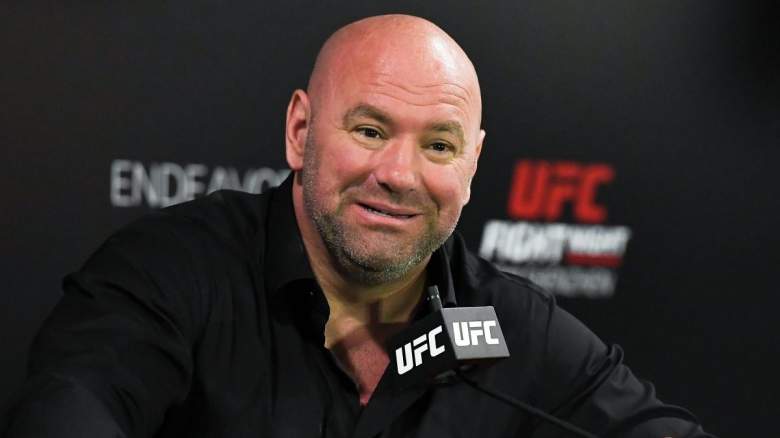 Rosas Jr. took on Gutierrez last Tuesday in Dana White’s Contender Series. He required a special license from the Nevada Athletic Commission (NAC) to compete on the show as a minor. Rosas Jr. got off to a solid start under the banner, displaying high-level Brazilian jiu-jitsu skills that left his opponent in trouble. The 17-year-old became the youngest fighter in history to sign with the UFC.

During the post-fight press conference, White shared his thoughts on Rosas Jr.’s performance.

“This fight was great for these two guys, it was good for both of them. You have a guy who’s 6-0 now and Mando was 7-1 then,” White said. “What a war, what a technical fight. Both boys pushed each other as hard as they could. For a 17-year-old to behave like that in this fight blew my mind, blew it.”

When asked if he was immediately concerned about the ‘El Nino Problema’ matchmaking, White replied to the contrary. He joked about staging his fights outside of Las Vegas due to his age.

“Not from what I just saw. From what I’ve just seen, this boy is ready to fight in the UFC.”

“Yeah, he probably shouldn’t fight in Vegas for a while,” White added. “He’ll be bored as hell here, he’d have to sit in his room all the time. I’m very impressed with this kid, he’s very special. The crowd of fighters who blew me up and said, ‘Oh my god! This kid is real, this kid is real.’ Impressive.”

White recalled the journey of former UFC welterweight Mickey Gall coming to promotion after a single fight. He believes Rosas Jr. has the potential for a successful career.

“It’s definitely not that place, but if you find it, check out Mickey Gall. He wasn’t 17 but he came here 1-0. I brought Mickey Gall from ‘Lookin’ For a Fight’ to fight CM Punk and he’s had a pretty good career here. He hung out here for a while, had some good fights and did pretty well. When you find these kids who you think are talented and you end up being right, stay here. From what I’ve seen of this boy tonight, he looks special.”

“That’s one of the things that impressed me the most. I loved how active he was. He’s not one of those guys who’s a jiu-jitsu guy who just lies around and whatever. He always wants something, how skilled he is, how he takes his back. If you get his back, how he get out of there. I was just amazed by everything the boy did tonight, especially his cardio. There was never an adrenaline rush that made him look exhausted. There was never a low point in the fight.”