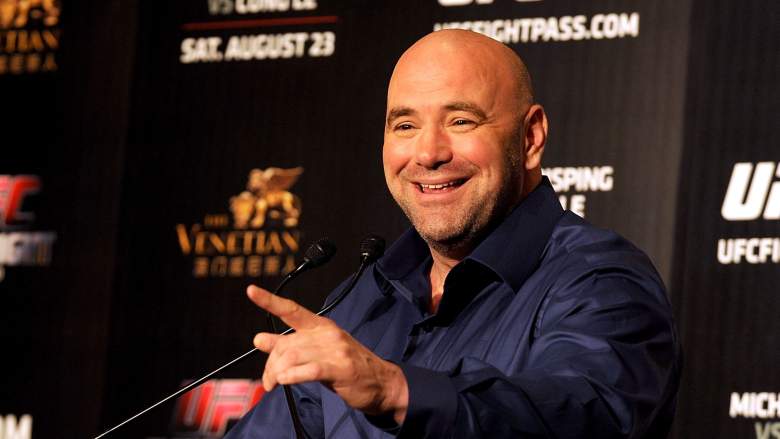 UFC President Dana White is not interested in fulfilling a former champion’s dream.

Former UFC bantamweight and flyweight champion Henry Cejudo is one of the few fighters to hold two UFC division titles simultaneously. The retired fighter aims to be the first fighter to ever win three different UFC weight class titles.

“Triple C”, who also has an Olympic gold medal in freestyle wrestling, has his eye on the featherweight championship. He has challenged reigning 145-pound king Alexander Volkanovski on several occasions, and after Max Holloway pulled out of their upcoming trilogy fight, Cejudo inserted his name as a replacement.

Unfortunately for Cejudo, the UFC president decided to give “The Korean Zombie” Chan Sung Jung the opportunity. He will face Volkanovski on April 9, 2022 at UFC 273.

Speaking to BT Sport, White said he has no plans to give Cejudo a title fight right away as he hasn’t fought since May 2020.

“I can tell you this: the ‘Korean zombie’ (Chan Sung Jung) fought here,” White told BT Sport. “This guy is retired. He’s been gone how many years now and wants to come in and fight Alexander Volkanovski? You have guys like the Zombie, Josh Emmett, Giga (Chikadze) fighting this weekend. There are these guys in here who do this three times a year and work their way up. For Cejudo to retire and then just think he should come in and jump into every weight class and take on the champion, that’s not how it works.”

The latest UFC news straight to your inbox! Subscribe to the Heavy on UFC newsletter here!

According to Cejudo, White is “scared” to take up the fight and argues in a recent episode of his podcast why a match with Volkanovski makes sense.

“No crown,” Cejudo tweeted. “No twitch. No gimmick. Just facts… I told @AliAbdelaziz00 (Cejudo’s manager) ‘make this fight happen’. This is not a GSP situation, I would defend the belt. The UFC & Dana White don’t want to give me a chance to make history… Dana’s scared it’s a monopoly.”

Triple C compared his situation to Georges St-Pierre. Longtime welterweight champion “GSP” returned to the sport in 2017 and won the middleweight title. He received an instant title shot against then-champion Michael Bisping and vacated the belt about a month later without defending it.

Cejudo claimed that he will defend the featherweight belt should he win it.

Triple C has had a lot of success in the UFC Octagon. He has a professional MMA record of 16-2 and Cejudo has notable victories over former UFC flyweight king Demetrious Johnson and former UFC bantamweight champions Dominick Cruz and TJ Dillashaw.

Additionally, Cejudo is credited with defending both the bantamweight and flyweight belts at one point.

Triple C has had a lot of success in the UFC Octagon. He has a professional MMA record of 16-2 and Cejudo has notable victories over former UFC flyweight king Demetrious Johnson and former UFC bantamweight champions Dominick Cruz and TJ Dillashaw.