Cup Series drivers prepare for the “Most Important Playoff Race”. 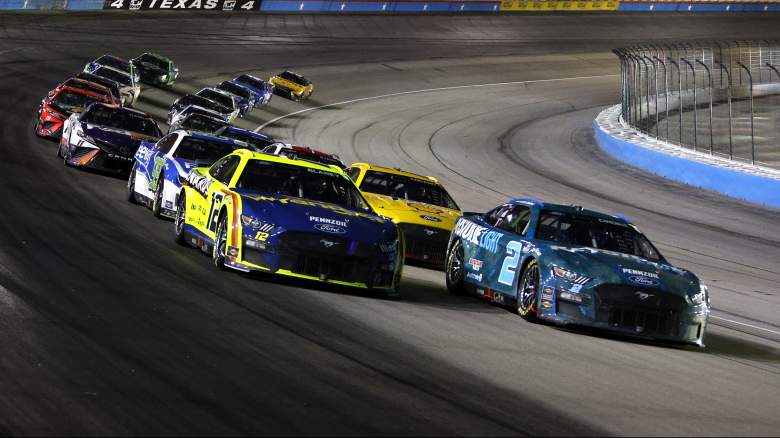 The drivers of the NASCAR Cup Series are about to start the round of 16, but they don’t feel well. At the Texas Motor Speedway, currently the most important track, only one can win.

Texas isn’t a track that people would initially circle as the most important of the playoffs. It’s an intermediate set early in the 10-week plan and has struggled to deliver the best battles since its 2017 reboot.

Why this track is so important is because of how it sets up other events. The other two rounds of 16 races will be held at Talladega Superspeedway and Charlotte Roval, both of which are considered wildcards.

There could be mechanical issues, massive wrecks and other issues, so Texas is the best opportunity to pick up crucial points and a potential win that would secure a place in the last eight.

“Looking forward to the next seven races, I’d say Texas is arguably the most important race outside of Phoenix,” Christopher Bell said after Bristol’s cutoff race via Toyota. “Talladega, we all know what that’s like – there will be some lucky guys and some unlucky guys. Texas is sort of the only place where you can steer your destiny into the next round, and the winner will feel really good if it’s a playoff car.”

The trip to Texas Motor Speedway will spark another intense playoff round. That’s because non-playoff drivers won every round of 16 race, denying championship contenders an opportunity to gain an advantage en route to Texas.

After Bristol Motor Speedway, the points were reset, meaning all drivers are close again. Denny Hamlin, Christopher Bell and Ryan Blaney are just four points above the cut line, while Chase Briscoe is four points behind. Alex Bowman, Daniel Suarez and Austin Cindric are all within seven points of the cutline.

The only rider reasonably sure of a place in the round of 16 is Chase Elliott, who sits 31 points over the cutline. However, the driver of the #9 Chevrolet knows only too well that the slightest problem can take away all the bonus points. This happened to a DNF at Darlington Raceway but Elliott was able to recover and make it to the next round.

Ahead of the cutoff race at Bristol Motor Speedway, there were a few drivers who stood out as the ones who could win quickly in Texas and make the round of eight. They include Kevin Harvick and Kyle Busch based on their combined seven wins. Austin Dillon also had a win of his own from the 2020 season.

However, there are now only three championship-eligible drivers with victories in the Texas Cup Series. Kyle Larson won the 2021 playoff race while Joey Logano won the 2014 spring race. Hamlin has three wins on the line including the season sweep in 2010.

Hamlin still stands out as a driver with the potential to win in Texas. He started the round of 16 with back-to-back runners-up before finishing ninth at Bristol Motor Speedway after dealing with steering problems. Now he will take on an intermediate route, a layout Toyota has dominated in 2022.

“We can win anywhere we go,” Hamlin said of the round of 16. “We’re going to go to Texas and try to win like we always do. I just need to get a good, solid lap going. Seems to be just mechanical stuff with this next gen and wrecks are the X factor to keep going so you just have to be really consistent and with five races to go you have to start winning.”

Pennyworth Season 3: Who is Patrick Wayne and what role does he play in the new episode?

Pennyworth Season 3: Who is Patrick Wayne and what role does he play in the new episode?