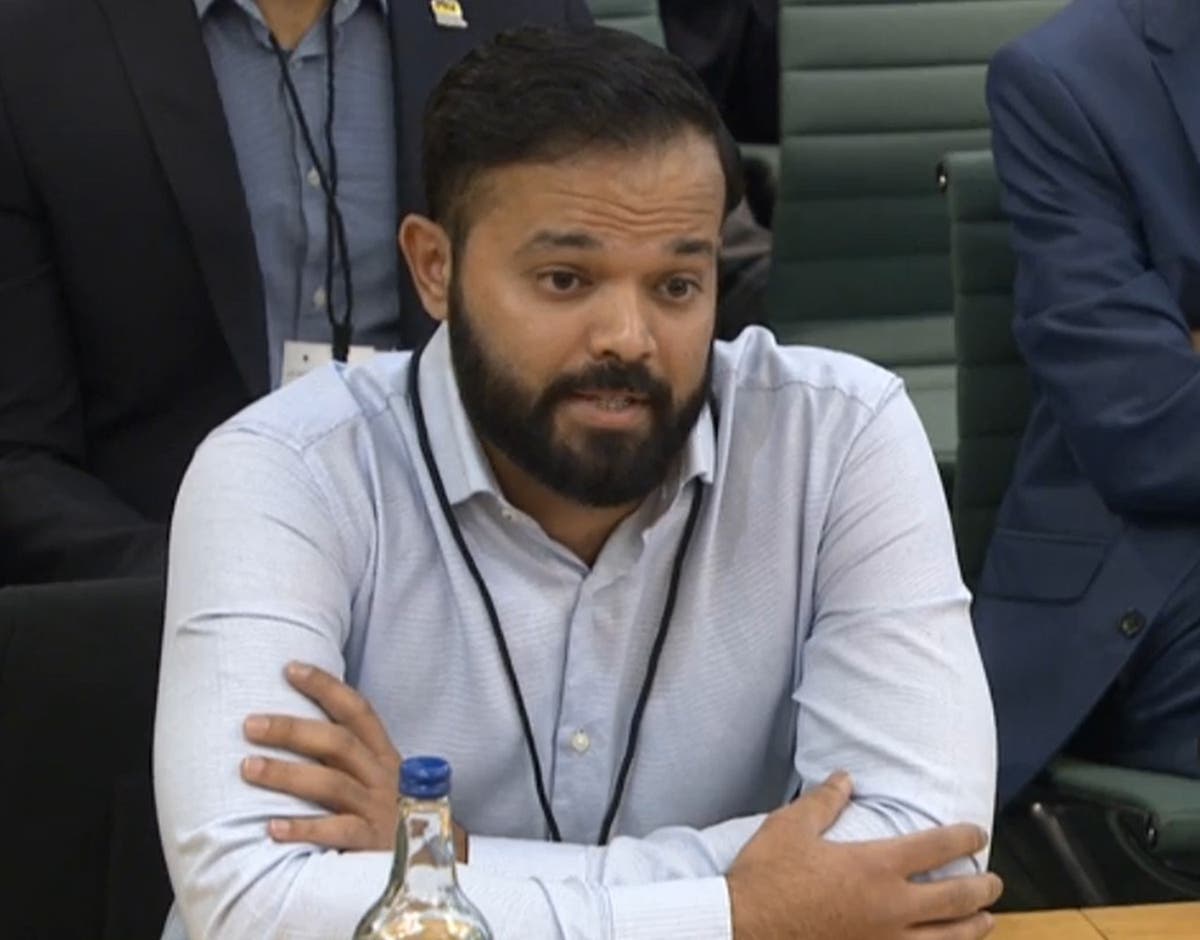 Azeem Rafiq believes cricket still lives “in much denial” about the problem it faces with racism.

The former Yorkshire player has blown the abuse he suffered at two spells in the county between 2008 and 2018. The club’s initial handling of its allegations was heavily criticized and resulted in the loss of sponsorship and the right to host international matches at their Headingley ground.

The Committee on Digital, Culture, Media and Sport (DCMS) has recommended in a new report that public funding for cricket should be limited if it fails to “clean up its act” and rid the sport of racism.

Rafiq is impressed by the changes new leader Lord Kamlesh Patel has brought about in Yorkshire since his appointment in November, but is less convinced of how serious the wider game is about tackling the issue.

“I see Yorkshire trying to do the right thing, but I feel like the game as a whole still lives in a lot of denial,” he said BBC Radio 5 Live. “I think the ECB needs to do more. I would say putting an action plan in a document, we’ve seen it all before. We need to see more action.”

DCMS committee chairman Julian Knight told the PA news agency that “the jury is out of the Cricket Board of England and Wales and its chief executive Tom Harrison”.

In addition to limiting funding, Knight says his committee will push for independent regulation of the sport if he’s unhappy with the ECB’s progress on the issue.

The ECB is considering its role as regulator as part of a governance review, and Rafiq thinks it is wrong that the governing body should act as a promoter and regulator of sport.

He added: “I don’t think the ECB can be both the regulator and the promoter of the game moving forward, as my situation shows.

ECB chief Harrison says he welcomes parliamentary scrutiny and wants cricket to become a “model” for others to follow.

The governing body created a 12-point plan to tackle discrimination in sport, which came after Rafiq presented harrowing details to the committee in November about the racial abuse he had suffered.

The select committee has asked the ECB to provide it with quarterly updates on its progress and to appear before it earlier this year.

Harrison said on Friday: “We welcome the exam. It was obviously difficult months for us, with the allegations and various stories, it was very painful.

“We have an opportunity to emerge from this crisis with a roadmap that shows that, first of all, we are dead serious about fighting discrimination in our sport – not just racism – and that we can come together as a game and do it as a partnership.”

“We want the government to hold us accountable and if we can show that we can address that then we’re doing it sensibly, maybe we’ll be less of the sport in the spotlight and more of the role model in terms of how we really do with it.” deal with complicated and difficult issues in our sport.”

A spokesman for the DCMS department said: “There is no place for discrimination in society and we want to see clear and sustained evidence of cultural change in sport.

“We will now consider the report’s recommendations and continue to hold the ECB and Yorkshire to account and take further action as appropriate.”

The report praised Lord Patel’s efforts to transform culture in Yorkshire since his appointment in November.

However, the committee would like to hear from him earlier this year and will be asking about the role the Colin Graves Trust continues to play.

Lord Patel’s predecessor, Roger Hutton, told the committee in November he wanted to oust former chief executive Mark Arthur and cricket director Martyn Moxon for responding to the findings of an independent inquiry into Rafiq’s complaints of racial harassment and bullying .

However, Hutton claimed he was prevented from doing so by the trustees.

Knight said until there was clarity about the trust’s role, he didn’t think Yorkshire should regain its rights to host international games.

“I would very much question the Graves Trust’s position in Yorkshire or whether it should continue to have the influence and power that it has,” he said.

Lord Patel has warned that failing to resume international matches at Headingley would result in a “financial crisis” in Yorkshire.