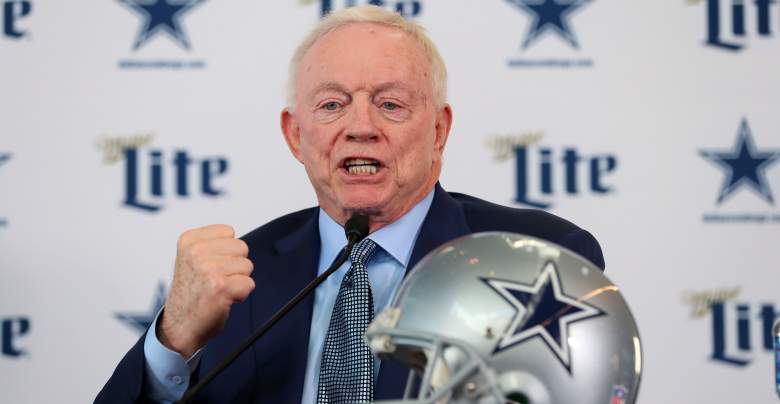 The Dallas Cowboys are officially going with the other two quarterbacks on their roster in Dak Prescott’s absence, at least for Week 2 against the Cincinnati Bengals. announced Dallas There were several roster changes prior to the Bengals’ matchup, including the signing of Cooper Rush to the 53-man roster and the activation of Will Grier from the team’s practice squad.

Rush will start in place of Prescott while Grier takes on the backup role against the Bengals. The roster moves give the quarterbacks a little more solid footing as both players were released prior to Week 1 only to be re-signed by the Cowboys.

Dallas had kept both quarterbacks on the practice team and raised Rush before the team’s season opener against Tampa Bay. With his new deal, Rush now officially has a permanent place in the active roster.

After receiving positive news following Dak Prescott’s surgery, the Cowboys decided not to sign an outside quarterback or trade for a veteran. Instead, Dallas plans to lean on Rush and Grier, both of whom are proficient on offense.

ESPN’s Jeremy Fowler reported that the Cowboys “have no intention of pursuing [a] significant trade” for a quarterback. This likely eliminates Dallas from the Jimmy Garoppolo sweepstakes unless the team has a change of heart after week 2.

“Currently, the Cowboys are not planning any significant trade for a QB lockdown [unforeseen] change, per source,” Fowler tweeted on Sept. 13. “Cowboys aren’t going to take an opportunity completely off the table, but with Dak Prescott’s improved schedule and Cooper Rush’s proficiency in attacking, the team feels they can be patient.”

Cowboys owner Jerry Jones expressed skepticism that bringing in an outside quarterback would help the team in the short term because it is unfamiliar with the Dallas offense. Jones emphasized that the Cowboys don’t have a quarterback trade “in the mill.”

“The people who are willing to play quarterback for us are the ones who played all preseason: Cooper Rush and [Will] Grier,” Jones explained during a Sept. 13 interview on 105.3 The Fan’s “Shan and RJ,” “They had real competition. Grier was slowed down there at the end with a hamstring problem but he should get through that now. So we took a lot of good snaps for these guys, both in our training sessions and for the most part in all preseason games.

“These guys know the offensive well, have had a lot of repetitions in it and consequently give us our best. It’s unlikely that since we don’t have a potential trade pending — not pending, but in the mill — it’s unlikely that you have a veteran quarterback who could come back here and be ready to play as well as these guys can play , even if you thought you might have a talent advantage.”

That was somewhat at odds with Dallas head coach Mike McCarthy, who hinted at a move at a press conference just a day earlier. McCarthy revealed the Cowboys were reviewing a list of available quarterbacks, but optimism about Prescott’s return schedule likely caused the Dallas front office to hold back a step.

“We’re working on it,” McCarthy said during his Sept. 12 news conference. “To be honest, I just left [a meeting with] Jerry [Jones] and will [McClay] and Stephen [Jones] Been working on it all morning. I’ve been in meetings, I just left Will and Stephen. So, we’re having a series of discussions right now.

“We’re going to look at these things [adding a veteran quarterback]. As I’ve already answered, we definitely expect to make some roster moves, probably by [September 13].”