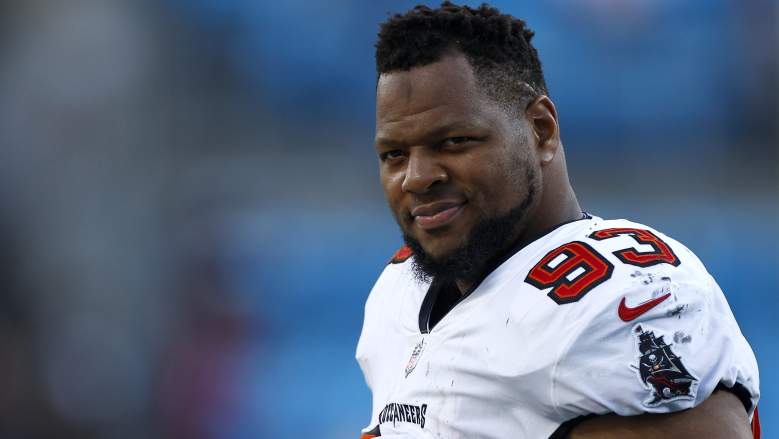 The Dallas Cowboys had no interest in free agent defensive tackle Ndamukong Suh before the former All-Pro struck a deal with the Philadelphia Eagles.

Cowboys owner Jerry Jones discussed the move of the team’s NFC East rival and revealed there was no contact with Suh’s camp.

“No. No, we haven’t been in touch,” Jones said during his weekly radio appearance on 105.3 The Fan. “I like where we are in the middle with our big boys. And I like our big boys and what we’re trying to achieve. We have some very talented guys, prototypes that suit us perfectly and fit what we want to achieve with our edge rushing and really our inner pressure.

“No, I like our bunch, and that has everything to do with it.”

Suh, who was drafted No. 2 overall in the 2010 draft, has a pretty good resume despite being past his prime. He spent the last three seasons with the Tampa Bay Buccaneers and played an important role on the defensive line. During that span, he started 49 contests for the Bucs, totaling 112 tackles, 23 tackles for loss and 14.5 sacks.

Jones acknowledged what Suh brings to the table but just didn’t feel like he fit in with the Cowboys.

“Again, I don’t want to sound like I underestimate what the Eagles are and he’s a play-making player,” Jones said. “We all know what we have to do with him. There are two questions here, number one, what will we be up against when we play him? But the other question is, okay, what about the decision not to bring him like Philadelphia? Those are two completely different questions.”

The Eagles are currently 8-1 and coming to their first loss of the season. The Cowboys are 6-3 and lost the first matchup of the season to Philadelphia 26-17 despite playing without quarterback Dak Prescott.

The center cowboy bunch that Jones is referring to is anchored by Osa Odighizuwa, Johnathan Hankins, Neville Gallimore and Carlos Watkins. The Cowboys currently rank 29th in running defense, giving up 143.1 yards per game on the floor.

“No one is going to allow us to rush, no one is going to allow us to just be who we are,” linebacker Micah Parsons said after Sunday’s loss to the Packers. “That’s why we have to put out this fire. Until we put out this fire, we’ll just keep seeing it. … If people want to keep doing their own thing, we’re going to deal with that all year and we’re never going to be the team we want to be. We have to show this. We must be accountable. We have to stay in our gaps and stop the run. As soon as we stop doing that, we can become what we are again. But it’s going to be a long year before we do that.”

The tough tests continue for the Cowboys as they take on the 8-1 Vikings in a very important NFC tilt on Sunday.