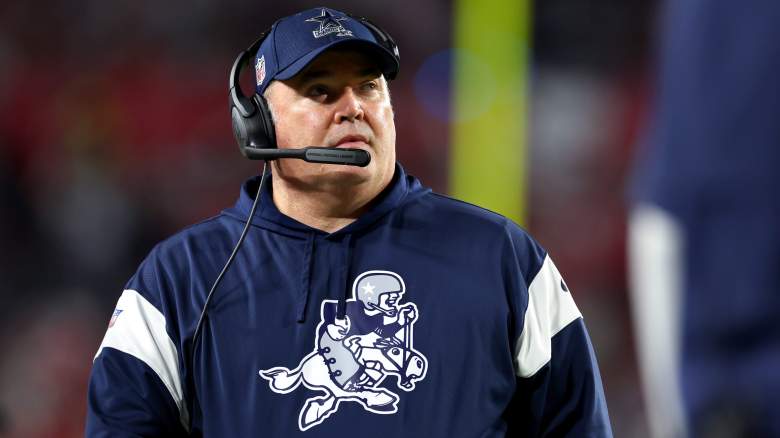 A former Pro Bowler is expected to land a “significant” contract this offseason.

According to ESPN’s Bill Barnwell, Dallas Cowboys linebacker Leighton Vander Esch, who will be a free agent this offseason, is expected to land a “significant” deal in the market this offseason. As noted by Barnwell, the 26-year-old linebacker is currently on a one-year, $2 million contract after Dallas initially turned down the fifth-year option of his rookie deal.

Vander Esch is currently in the middle of his best season since his rookie Pro Bowl season in 2018, which should earn him a raise.

“He’s going to get a raise,” Barnwell said. “Vander Esch was having his best season since that rookie campaign, and the Cowboys relied on his reach in cover to cover middle of the field. He missed just three of his tackle attempts all season, and his steadfastness as a linebacker allowed the Cowboys to unleash Micah Parsons as a pass rusher more often.

Barnwell ended his thoughts on Vander Esch by mentioning his injury history. In addition to the three games he missed this year, Vander Esch has previously also missed 15 games across two seasons in 2019 and 2020.

“Vander Esch missed three games with a stinger and teams will want to investigate him thoroughly when he leaves Dallas, but the 26-year-old should have a meaningful deal this offseason,” Barnwell said.

The veteran linebacker notched 90 tackles this season and ranked second among Cowboys in that category that season. Ranked as one of the top linebackers in the league by Pro Football Focus, Vander Esch had a 72.8 defensive rating and 77.0 coverage for the 2022 season. Among linebackers with at least 500 snaps, his defensive grade ranked 22nd among all linebackers, while his coverage grade ranked 10th.

In fact, the idea of ​​the Cowboys allowing Vander Esch to leave is very realistic – especially when he’s able to command a large free-hand bid. That possibility was actually raised by Pro Football Focus’ Brad Spielberger, who suggests the Buffalo Bills should go after the linebacker.

“Vander Esch would be a cheaper option and a great pairing alongside Milano as a bigger, more physical player,” Spielberger said. “The former first-round pick posted his best overall and coverage grades since his rookie season in 2022, with 72.8 and 77.0, respectively. Vander Esch also missed a career-low 5.7% tackle opportunities in 2022 and was great in the wild card round with seven tackles and two pass breaks, one of which ended up in the end zone.”

As valuable as Vander Esch has been this season, Dallas will have bigger priorities. Tony Pollard’s signing will be a path the Cowboys will need to tackle, combined with the possible cut of former Pro Bowl running back Ezekiel Elliott.

The Cowboys will, of course, first address the contract situations between Pollard and Elliott. If Vander Esch isn’t able to command the “significant” offer Barnwell mentioned, there’s a good chance he’ll return to Dallas. When Vander Esch ends up becoming a hot commodity in the market, it’s hard to imagine him extending his career with the Cowboys.