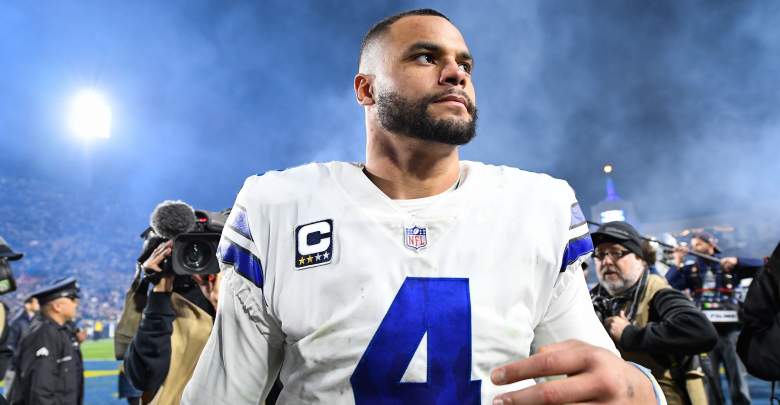 After another quick elimination in the playoffs last winter, Dallas Cowboys quarterback Dak Prescott has drawn a lot of criticism.

In 2021, Prescott set a personal best for touchdowns (37) and earned his best QB rating (104.2) since his rookie season. But in a 23-17 loss to the San Francisco 49ers, the 28-year-old threw for 243 yards, one touchdown and one interception, adding to the argument that Dak can’t make the playoffs.

Now Pro Football Hall of Famer and Fox Sports commentator Shannon Sharpe is adding his two cents to that reasoning. On UndisputedSharpe was asked if Prescott could lead the Cowboys to a Super Bowl in the 2022 season, and his answer was a resounding no.

It’s a rough look for Prescott and the Cowboys, who are currently in a competitive window looking to repeat themselves as NFC East Division champions in 2022.

Sharpe’s cohost up undisputed, Skip Bayless is famous for his Cowboys fan base and for having defended or hyped Dallas on the program. Bayless didn’t have much of an argument against Sharpe this time.

Bayless explained that Prescott has struggled at times toward the end of the 2021 season and that he and Dallas cannot afford it this year as he believes the quality around Dak has waned.

“The problem is that this team ended 6-5 in the end, including a home loss to San Francisco in the playoff game. 6-5 won’t do it because a lot of Dak’s five were at fault… Dak was pretty terrible against San Francisco. This is the ultimate test because they haven’t improved. I don’t care what someone tries to tell you, scolds you, throws dust in your eyes: [the Cowboys] didn’t get any better.”

The Cowboys have lost big names like WR Amari Cooper and LT La’el Collins this offseason and haven’t added marquee commitments to replace them, instead clinging to their current talents like WR CeeDee Lamb and T Terence Steele.

Sharpe and Bayless aren’t the only ones to criticize Prescott, as former Cowboys defenseman Chris Canty also recently caused a stir by calling the Dallas QB the most overrated player in the NFL on ESPN’s program Stand up.

The list quickly sparked discussion and criticism, with many Cowboys fans defending Prescott or approving his placement, while others mentioned that all five players on the list had injury issues beyond their control.