Conor McGregor goes viral after posting wild video of himself 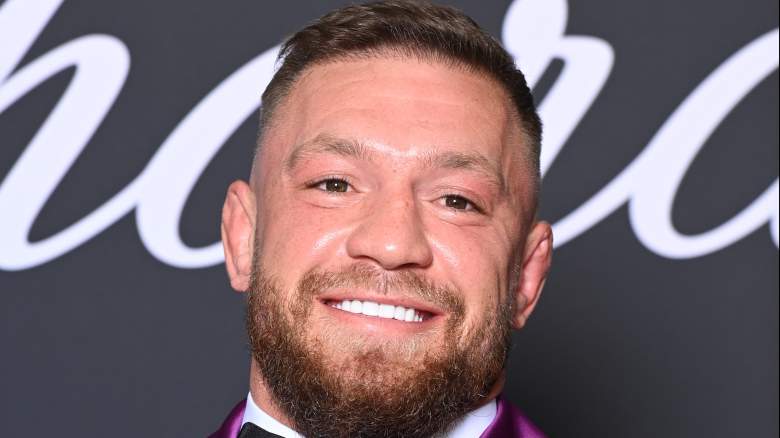 The Irish fighting superstar is filming a ‘Road House’ remake and looks as muscular as ever. On September 16, “Notorious” showed off his body in an exaggerated video in which he hunched over and puffed while a camera recorded him.

After the video was live on Instagram for 12 hours, the post had already garnered over a million likes and nearly 13 million views. Check it out below via the embedded Instagram link:

Former WEC Featherweight Champion Urijah Faber, who was training against McGregor during The Ultimate Fighter 22, commented on two laughing emojis.

“After you returned the trophy to Usada (laughing emoji),” bodybuilder Logan Chitwood commented.

McGregor will be starring alongside Oscar-nominated actor Jake Gyllenhal, and in another recent Instagram post, the Irishman shared a video of himself on set and wrote, “This movie is wild!”

Notorious last fought in July 2021 at UFC 264 in the Octagon when he faced Dustin Poirier in a trilogy match. And as history goes, McGregor broke his leg near the end of the opening round, forcing the cage doctor to stop the fight.

McGregor has made it clear several times since his injury that he wants to fight again. However, fans won’t see him compete until 2023 at the earliest. According to a report by Bloody Elbow, McGregor has not been drug tested by the United States Anti-Doping Agency since 2021, though he remains active on the UFC roster.

Tim Simpson, senior vice president of MMA at Paradigm Sports and manager of McGregor, spoke to MMA Junkie about his client last month. And he told the outlet that McGregor is “on track” for a fierce comeback next year and that filming “Road House” would fit “perfectly” into the timeline of Notorious’ return.

“It fits perfectly,” Simpson said. “He’s still on course for a big return next year but this fits in perfectly in the meantime.”

McGregor’s leg is not yet 100 percent recovered, Simpson said. But that still hasn’t stopped McGregor from “training like a madman.” Simpson told MMA Junkie that while Notorious directed the film, he brought his “entire team out there.”

“The leg is still healing,” Simpson said. “I think there’s still a little bit more to do but he’s been training like crazy every day, twice a day. He’s got his full team out there: the McGregor Fast team, all his health and fitness people, physio, boxing, coaching. He’s had a hard time. He’s been training super hard. He’s in amazing shape – just final adjustments to get the leg back where it needs to be.”

McGregor still has a place in the official UFC rankings. He sits at No. 11 in the lightweight division, ahead of Damir Ismagulov, Jalin Turner, Dan Hooker and former UFC interim champion Tony Ferguson at 155 pounds.

Speaking to The Mac Life’s Oscar Willis in March, McGregor said he has no plans to go back to lightweight.