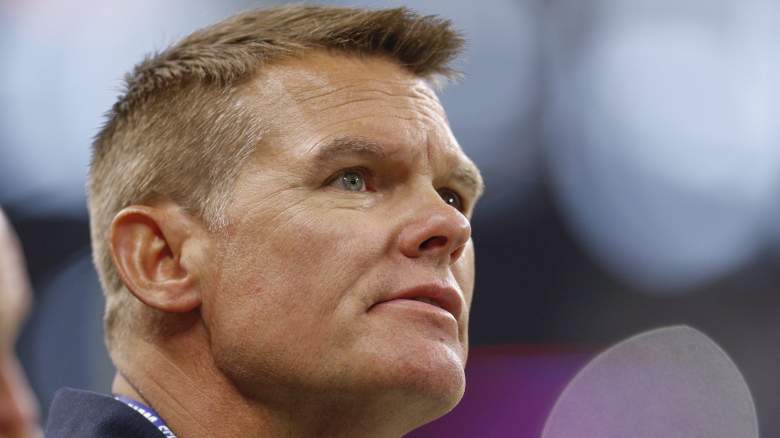 the Indianapolis Colts continued the search for the next head coach on January 19 by requesting an interview with Cincinnati Bengals offensive coordinator Brian Callahan. NFL Network’s Tom Pelissero was the one first to report the news via Twitter and also posted an interview with Callahan on social media.

Callahan has reaped the benefits as the Bengals’ offensive coordinator and helped lead the team to a Super Bowl appearance in 2022.

Since arriving in Cincinnati in 2019, the Bengals’ offense has completely changed.

Callahan likely picked up a broad knowledge base from his father, Bill, who currently coaches the Cleveland Browns’ offensive line. Bill Callahan has been an NFL coach for 24 years, including two as a full-time head coach (2002–2003 with the Oakland Raiders) and one stint (2019 with Washington). In 2003 he reached the Super Bowl.

Starting with his coaching career With the Denver Broncos in 2010 as an assistant, Callahan rose to offensive quality control coach for the next two seasons. In the 2013-2015 season, Callahan became the Broncos’ offensive assistant, reached two Super Bowls and won one in 2016.

For four seasons in Denver, quarterback Callahan forged a relationship with none other than Colts legend Peyton Manning. During the interview with Pelissero posted to Twitter, a clip was shown of Manning speaking highly of Callahan.

“I mention Brian Callahan because he’s been great for me this year,” Manning said ahead of the 2016 Super Bowl. “He’s going to be a top offensive coordinator, maybe a head coach like his dad sometime in the near future.”

Part of Manning’s prediction turned out to be correct, as Callahan has already ticked the box of becoming an offensive coordinator of Super Bowl caliber. With mutual respect for Manning, Callahan said Hall of Famer quarterback helped advance his coaching career.

“I loved working and being there every day [Broncos] Quarterback Room,” Callahan said in Pelissero’s interview. “There was nothing better. I’m very grateful for the time he (Manning) spent with me, he also invested in my career to some extent.”

From 2016 to 2017, Callahan served as quarterbacks coach under Detroit Lions head coach Jim Caldwell (who also coached the Colts from 2009-2011). He then spent 2018 with the Oakland Raiders in the same role before landing in Cincinnati.

“Good players make good coaches,” Callahan said. “Being close to Matthew [Stafford] in Detroit to be near Derek [Carr] now in Las Vegas, then with Peyton and then of course here with Joe [Burrow] was a real blessing. Most guys can go their entire careers and not be with players like that and I’ve been able to be with quite a few of them.”

In an interview with Pelissero, Callahan said he values ​​technique and prefers developing players hands-on.

Callahan also said he enjoys recognizing the achievements of his players, which motivates him to continue teaching others in a practical way.

“That’s what’s fun about coaching, is that (the) information you gave or the technique you provided made the difference in whether you made a game or not,” Callahan said . “You’re happy for these guys when they get a chance to do it.”

Only time will tell if Callahan gets the opportunity to do it next as head coach. However, the Colts’ request to speak to Callahan isn’t the first time he’s been interviewed for a head coaching position.

Last off-season, the The Denver Broncos conducted an interview but ultimately hired with him the ex-offensive coordinator of the Green Bay Packers Nathaniel Hackettwho was released at the end of December.

“That’s what’s fun about coaching, is that (the) information you gave or the technique you provided made the difference in whether you made a game or not,” Callahan said . “You’re happy for these guys when they get a chance to do it.”