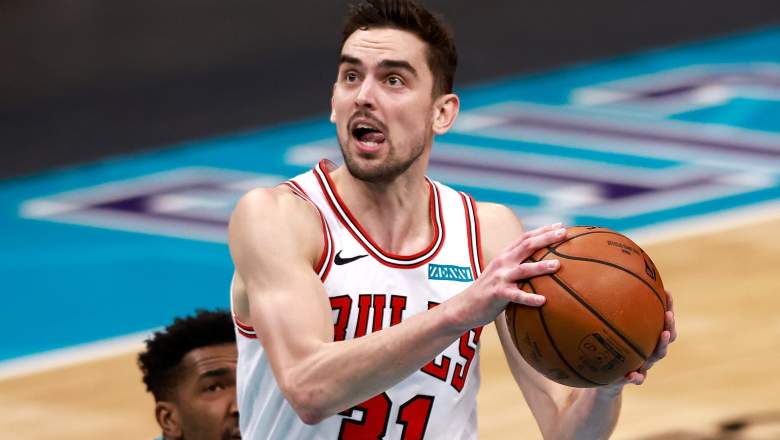 Winner of seven games in a row, the Los Angeles Clippers are one of the hottest teams in the NBA.

They still have to lose in November, and despite the absence of Kawhi Leonard, the clips have started to solidify after losing four of the top five. Los Angeles has success that relies heavily on security guard Paul George, currently ranked 4th in the NBA, averaging 26.4 points per game.

As expected, the Clippers did well without their superstar, with seven players (including George) averaging double digits. But while the team harmony looks good, Bleacher Report’s Zach Buckley thinks LA should consider adding a second point guard.

Buckley believes the Clippers would benefit from an extra point guard who can distribute the ball well. His suggestion? Pelicans guard Tomas Satoransky.

Satoransky spent the last two seasons with the Chicago Bulls and was sent to New Orleans as part of the Lonzo Ball trade. Here is Buckley’s reasoning as to why the Clippers should try to snag him on the trade:

Satoransky served his first three years with the Washington Wizards before moving to Chicago. He’s a solid role-player – he’s averaged 7.3 points per game in his six-year career, shot 47.4% off the ground and 36.5% out of three-point range – but does LA need him? Buckley is right – New Orleans probably isn’t going anywhere this season, but would the Clippers really want to disrupt or add to a unit that looks better as the days progress on the court?

George has led the team in scoring 10 of the 12 games played so far this season and he has become an early season MVP candidate.

“I’ve played with a lot of MVPs. James, Jokic, Russ. Paul George is definitely on that level, ”said Isaiah Hartenstein, the great man at Clips, of PG, via Sports Illustrated.

“It was amazing,” Reggie Jackson SI said of George. “When your best player plays on both sides of the floor. … He does everything the team asks him to do and more. … It was a blessing to be by his side. “

If the clippers don’t get out of hand, adding a new player seems unnecessary. But as long as George and Co. are winning games, why mess with a good cause?