Chiefs sign former Rams player ahead of matchup with LA 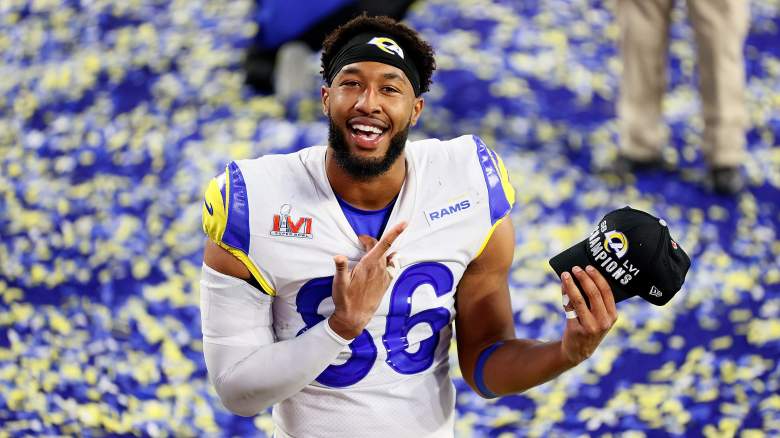 The Kansas City Chiefs signed a former Los Angeles Rams player just days before their Week 12 matchup against the Rams.

The Chiefs added tight end Kendall Blanton to their practice team, according to the Nov. 23 NFL transaction filing.

Blanton’s stint with the Rams ended on November 22 when Los Angeles cut him off. Now the Chiefs re-sign Blanton, who could potentially provide them with information about the Rams ahead of the Chiefs-Rams matchup on Sunday, November 27.

Blanton entered the NFL undrafted from Missouri in 2019. He spent the first three seasons of his career as a journeyman in the Rams’ practice squad. In the 2021 season, Blanton was an active 11-game player, catching four passes on seven goals for 37 yards for Los Angeles. He was also active in the Rams’ Super Bowl win over the Cincinnati Bengals earlier this year.

Week 11 of the NFL regular season was the first week that Chiefs rookie receiver Skyy Moore was demoted from his punt returner duties in favor of Kadarius Toney. However, that plan came to an abrupt end when Toney (hamstring) was injured in the first half of Kansas City’s 30-27 win over the Los Angeles Chargers.

With Toney not training on Wednesday, Nov. 23 and a report emerging that he could miss “some time,” there’s a chance Toney could miss the Chiefs’ Week 12 game against the Rams. This again brings up the question of who will be Kansas City’s primary punt returner for this game.

Speaking to the media on November 22, Chiefs Special Teams coordinator and assistant head coach Dave Toub outlined Kansas City’s options as a punt returner when asked if first-round rookie Trent McDuffie was an option be.

“Yes, there is a lot to think about. He’s a lot closer now than he would have been – obviously – last week when (Kadarius) Toney was beaten up,” Toub said. “We bring him back in at practice and get him ready for action. He’s not far away. I mean, I think Skyy (Moore) is a guy who’s probably the next – obviously – he was the next guy. So this week he’ll be up and ready to roll, but we have other guys as well. Justin Watson – he’s another guy that can do it.

“We’re comfortable with some of the guys we have but (Trent) McDuffie is definitely one of them that we need to bring him up to speed and get him ready to go. But he’s also a corner on punt returns. He starts there for us now because I (L’Jarius) took Sneed from it. Sneed has done a great job for us. Now McDuffie’s in there – he’s the starting corner, left corner, on punt returns. So, you take him out and use him as a punt returner, you have to find someone on the corner. So right now he’s going to be that guy, but he’s also going to be a backup punt returner.