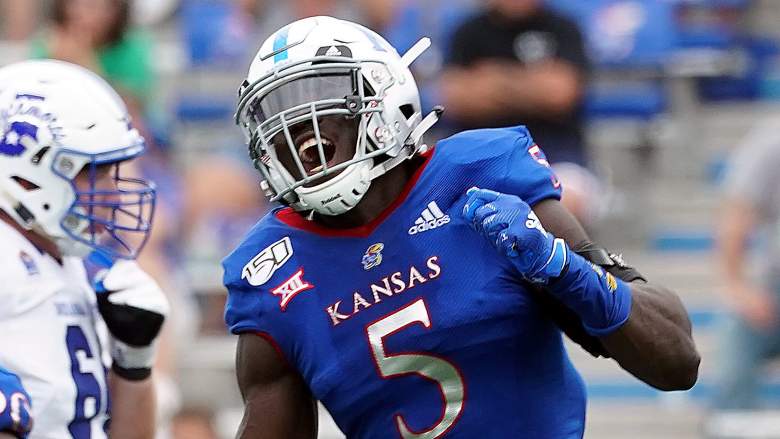 It feels like Chiefs Kingdom has been asking for another edge rusher all offseason, and general manager Brett Veach finally signed one on July 26 — except he didn’t go the veterans route.

If you happened to have watched the 2021 season of the aforementioned HBO docu-series Hard Knocks, you might remember the Ivory Coast native and his compelling story. If not, don’t be surprised if you’re quick to cheer for the 23-year-old pass rusher.

Spoiler alert, Kamara made the cut in the final episode of the HBO drama, but Dallas eventually fired him after nine appearances on special teams (solid 72.1 grade and three tackles). Though it didn’t quite pan out as a cowboy, the young man’s time on the big screen underscored his work ethic and character, and perhaps those traits contributed to his opportunity in Kansas City.

Born and raised in Abidjan, a city in Africa’s Ivory Coast, Kamara told viewers in episode two of the Cowboys season that his childhood was “tough” and “not easy.” There was a civil war in his country when he was young and although he admitted he doesn’t remember much of it, the footballer credited his parents for keeping his family safe.

The narrator described this as Guinea where Kamara and his family spent time as refugees.

Eventually they made it to Arizona where they settled and adapted to the American way of life. “All I spoke was French and my native language Mandingo,” Kamara explained to the Hard Knocks crew. “That’s why I say when I got to school I had no idea what was going on.”

Kamara joked that he had never heard of football before coming to America, only football, and revealed a coach at his school had convinced him to give it a try because of his height and 6ft 4 length. “Just line up here and get the quarterback,” the coach told him, and Kamara noted that he’s been in love with the game ever since.

Needless to say, the Ivory Coast native was a natural and, after some stint with Arizona Westerns, earned a scholarship with the Kansas Jayhawks. There he recorded a total of 66 tackles (10.5 for a loss) and five sacks.

“Everything I do, I do for my mom and dad,” Kamara said. “[My mother] I’ve been through so much where I’m from and it was because of her – the hard work she put in – that got me to this point.

When Kamara lined up the Cowboys roster in 2021, FaceTimed his mom, who was thrilled, to say the least. “You were successful!” She announced after singing and praising the Lord.

Curiously, Kamara isn’t the first African-born in the Chiefs’ roster to go to training camp, and the other will compete with him for a squad spot.

Kehinde “Kenny” Oginni Hassan, another defender, was born in Abakaliki, Nigeria. Like Kamara, he never thought of American football as an option until coaches at the Ejike Ugboaja Foundation sports camp in Abuja, Nigeria, convinced him.

Oginni missed the first day of rookie practice based on a blood test but has since been released for play.

He trained with former New York Giants Super Bowl champion Osi Umenyiora — a former Steve Spagnuolo student — and made an impression at the NFL’s International Player Pathway (IPP) Combine in London. Oginni Hassan will do his best to emulate the former Giants All-Pro pass rusher in KC.

As of now, Kamara and Oginni Hassan are both candidates for the practice team, although the new signing has a real chance of making that squad. Given the skills of his special team and his edge-rusher promise, it’s possible the former cowboy is holding on to one of the Chiefs’ needs.

Your biggest competition this summer is likely to be other youngsters like Mike Danna, Joshua Kaindoh, Malik Herring and Austin Edwards.

Kehinde “Kenny” Oginni Hassan, another defender, was born in Abakaliki, Nigeria. Like Kamara, he never thought of American football as an option until coaches at the Ejike Ugboaja Foundation sports camp in Abuja, Nigeria, convinced him.