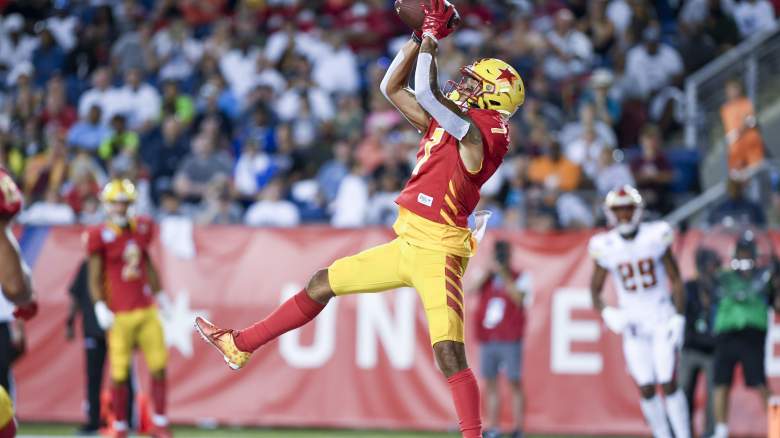 The Kansas City Chiefs sign free agent wide receiver Devin Gray, according to NFL Media’s Ian Rapoport. This comes after Gray has had “solid” training with the Chiefs, according to Rapoport.

Gray last played for the Philadelphia Stars in the USFL this spring. He recorded 215 yards and 2 touchdowns in the league’s inaugural season, according to Fox Sports.

Chiefs veteran Carlos Dunlap has had what many would call a successful NFL career. According to Pro Football Reference, he won multiple Pro Bowls, recorded 96 career sacks and played in 186 total games during his 12-year NFL career.

“I want to get 100 sacks, I haven’t won a playoff game and I haven’t won a Super Bowl. This team gives me the best opportunity to do that,” Dunlap told the media after his first practice session at Chiefs training camp on Thursday, August 4.

Registering 100 career sacks is considered an elite milestone for the best pass rushers to ever play in the NFL. So it makes sense that Dunlap, who only needs four sacks to reach the century mark, would want to reach that mark this season.

Dunlap spent 11 years of his career in Cincinnati playing for the Bengals, leaving playoff games few and far between for the veteran defensive end. The Bengals played in a total of five playoff games from 2011 to 2015 and came out of those games with a 0-5 record. The Seattle Seahawks made the playoffs in the 2021 season with Dunlap but were eliminated in the wild card round. All of this means that Dunlap has never come close to attending a Super Bowl, let alone winning one.

These are the main reasons why Dunlap decided to sign a one-year contract worth up to $8 million with the Chiefs at the start of training camp. Dunlap also noted that defensive tackle Chris Jones and offensive tackle Orlando Brown Jr., who Dunlap happened to work with in Miami during the offseason, played a role in bringing him to Kansas City.

The fact that Dunlap’s contract with Kansas City was reportedly worth “up to” $8 million tells us the deal is likely incentivized. While we’re not aware of all of the incentives written in the contract, Dunlap has revealed what one of them is about:

“I try to get an average of eight [sacks] per year,” explained Dunlap. “Of course I want to achieve more than that. I put my money in the deal we made [with the Chiefs]has it structured in such a way that there are incentives to increase it (career sack total).

Money and career goals aside, Dunlap is grateful to be part of a successful organization.

“Great opportunity with great organization,” Dunlap said of why he decided to join the Chiefs. “What they’ve done over the last few years – when I was playing against them on the other side of the ball, I wanted to add my specialties and we felt like we had a mutual interest.”