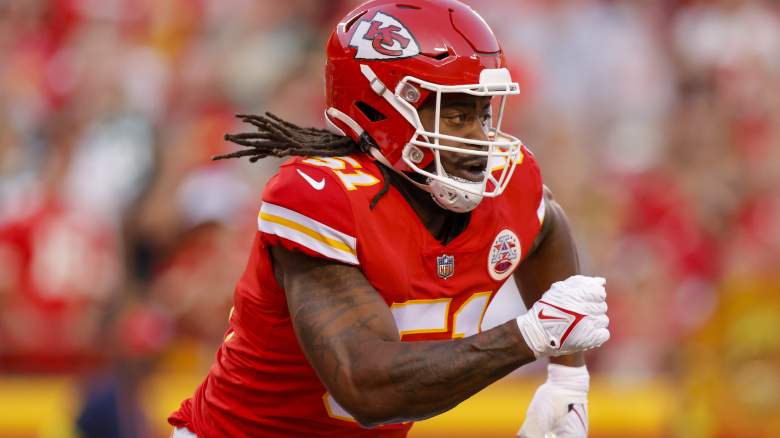 In Week 3, KC will travel to Indianapolis to take on the 0-1-1 Colts, who underperformed earlier in the season. The extra time-out has allowed most Chiefs players to put aside nagging injuries, but there were a few that popped up in last Friday’s report despite the schedule.

The Colts are in a similar boat and will be without at least one key piece on Sunday.

Two Chiefs contributors were officially marked out for Week 3, defensive end Mike Danna and kicker Harrison Butker. Neither is a huge surprise considering they haven’t trained all week.

Danna is out with a calf injury, while Butker has been struggling with an ankle problem, which head coach Andy Reid refused to call a high ankle sprain earlier this week. “He’s still a bit swollen,” Chiefs HC said of his kicker ankle, “but [Butker’s] Making progress. He’s working on his swings now, but it was a pretty good sprain. [It] he’s swollen and it’s gonna take a minute to get it all out… The boy, [Matt] Ammendola, he is doing a great job.”

Special teams coordinator Dave Toub also commented on Butker’s status on Thursday. “The swelling in his ankle was really bad, it went all the way up [his leg]’ he admitted, adding, ‘When he’s around [to healthy]he’s better than a lot of people, let’s leave it at that.”

Unfortunately, Butker may not have been close enough to play in Week 3, meaning Ammendola will get another shot after his perfect display against the Los Angeles Chargers.

“He won the competition by a mile,” Toub noted of Ammendola. “He was a better kick off guy, he made all his field goals [except] One… We didn’t sign him just because he’s a big guy, he’s got good talent.”

As for Danna, Coach Reid told reporters that Malik Herring will help fill in the gap in what is expected to be his NFL debut on Sunday. “We had more [defensive ends] than we needed,” Big Red said, “but we’re letting 94 [Herring] jump in there and do a few reps as well.

Wide receiver Mecole Hardman (heel) – who was limited in practice Thursday – was in full action Friday and is expected to play against the Colts.

Indy also had a few “out” designations on the injury report, and one is a big-name star. After a week of practice, linebacker Shaquille Leonard will miss his third straight game with a back injury — which is somewhat unexpected.

It wasn’t said if the three-time All-Pro has suffered a setback or if he just needs more time before participating in live action, but either way, it’s a major absence for the Colts. Nicknamed the “Maniac,” the hard-hitter has racked up over 120 tackles each season since joining the league in 2018. Leonard was a turnover machine last year, forcing eight fumbles and four interceptions, and that defense isn’t the same without him.

Another key playmaker on this side of the ball, edge rusher Yannick Ngakoue is also doubtful for Week 3 with a back injury of his own. Based on the injury report, he looks like a real game-time decider against the Chiefs.

The final missing Colt is offensive tackle Bernhard Raimann (ankle), a 2022 third-round pick who has served as a fill-in twice already this season. He’s not a starter, but he’s a top-notch depth player that Indianapolis will be without on Sunday.