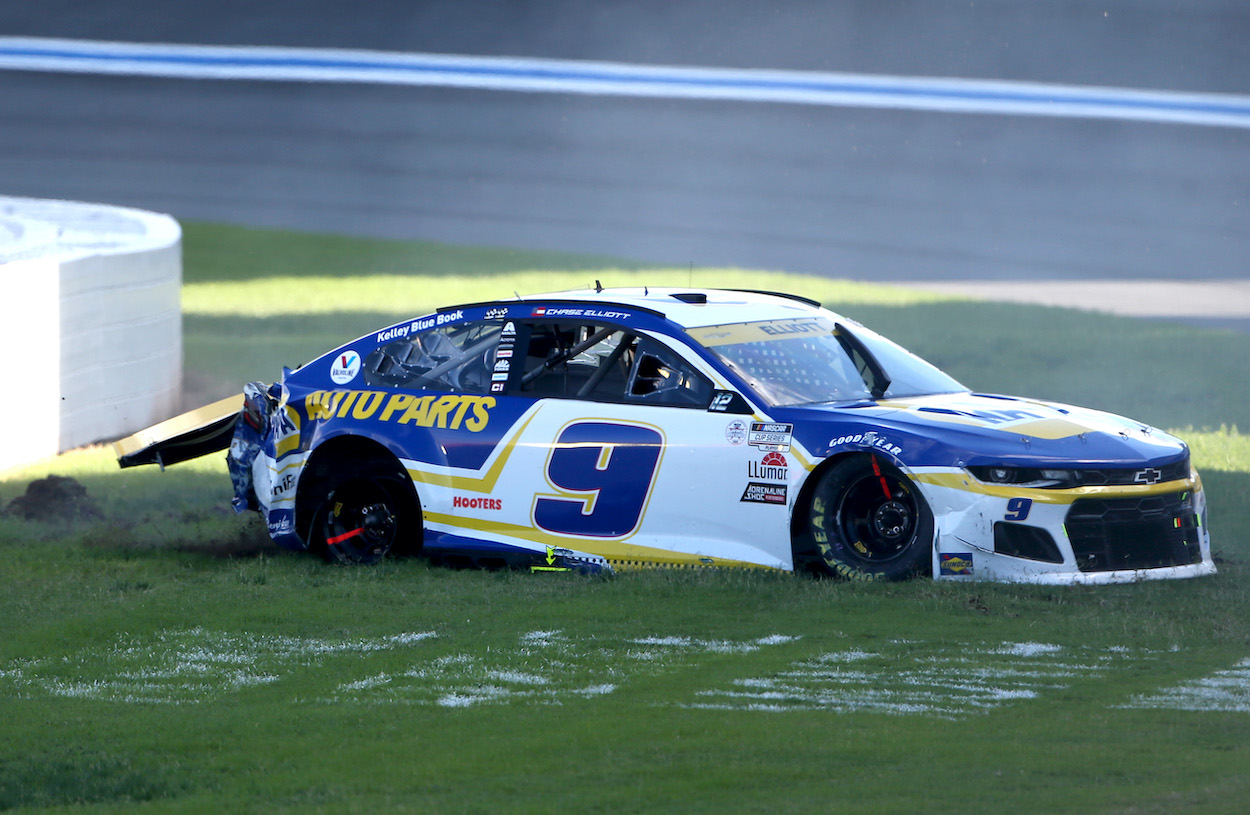 It all started last month during the Bristol Cup Series night race. Kevin Harvick and Chase Elliott had several incidents on the track towards the end of the race, which resulted in direct confrontations on the pit lane and in the garage area. There was talk in NASCAR circles. The following week, the 2014 Cup Series champion fueled the flames when he shot the current champion and compared the driver’s behavior to that of his nine-year-old son.

That was the last time either spoke of the ongoing feud. On Sunday, Harvick let his actions speak for himself, deliberately dumping Elliott late in the race, damaging his car and his chances of advancing in the playoffs. Interestingly, it was the Stewart-Haas Racing driver who crashed into the wall a short time later and got out of the playoffs. Immediately after the crash, Elliott’s scout fired a shot at Harvick. However, it pale in comparison to what the Hendrick Motorsports driver had to say after the race.

Since those last few laps in Bristol, Kevin Harvick and Chase Elliott have provided NASCAR fans with much entertainment and debate. The main question – would Harvick pull through and take revenge, as he had announced during the confrontation at the Bristol garage?

Prior to the following week’s Las Vegas race, Harvick made it clear that he was not finished with the conflict and made a point of drawing Elliott’s behavior out of the incident and even suggesting that it was similar to that of his nine-year-old son.

Nothing happened during the race in Vegas or last week in Talladega. Some began to wonder if Harvick was just talk. Others suggested he might be waiting for the perfect time to strike, such as a playoff elimination race at the Charlotte Roval.

On Sunday at the Roval, Harvick was answering all the questions at the start of the third stage when he deliberately hit the number 9 in the back left, hurled it into the wall, badly damaged his car and raised hopes for the playoffs and dropped him under the cut line.

Elliott and his team had no intention of leaving the incident unresponsive as they soon revealed their plan over the radio.

“If we have the chance, we can destroy it. It’ll lock us up, ”suggested crew chief Alan Gustafson.

“Oh, it will happen,” said his spotter Eddie D’Hondt.

After a few warnings and the resulting pit stop cycles, Harvick finished 12th. Elliott was back in 17th place. With a restart 14 laps to go, Elliott began to fill the gap. With eleven laps to go, the number 9 was only a few car lengths away when the number 4 car locked the brakes and hit the wall, ending its day and its playoff chances.

“Karma,” D’Hondt said within seconds of the crash.

Interestingly, like Bristol, Kyle Larson won the race, but he wasn’t the main storyline. NBC interviewed both drivers after the race to get their thoughts on what was happening on the track.

“Sometimes real life teaches you good lessons,” Harvick replied when asked if what he did to Elliott was in retaliation for Bristol. He left when asked if the drivers were even.

The cameras caught up with Elliott seconds later, and Dave Burns pointedly asked what was wrong with Harvick.

“I’m not sure, but I’m really proud of our team,” said Elliott. “Just proud. Our Napa team did a really good job fixing this thing. It’s destroyed. I think we finished 12th. Our team has a lot of struggle and I’m just super proud of it. As for Kevin, I just want to wish you a good off-season and a Merry Christmas. ”

Elliott had the last word on and off the track at the Charlotte Roval on Sunday. Now he’s moving into the next round of the playoffs, which starts next week in Texas, while Harvick can only wonder what could have been.