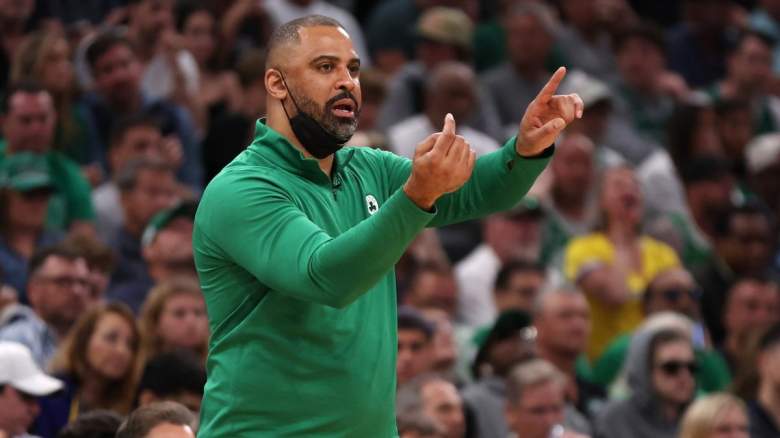 With training camp just days away, the Boston Celtics announced via their Twitter page that head coach Ime Udoka will be suspended for the entire 2022-23 season. More so that a decision on his future with the team will be made at a later date.

Details will be announced gradually. On September 23, The Athletic’s Shams Charania revealed new developments in the ongoing investigation.

In Charania’s account, he revealed that the team initially believed the relationship Udoka had formed with the associate had been consensual, but allegations by her against Udoka sparked an internal investigation.

“Some members of the Celtics organization first became aware of the relationship in July, sources said. At the time, the team leadership was led to believe by both parties that the relationship was consensual. But sources said the woman had recently accused Udoka of making unwanted comments towards her – prompting the team to launch a series of internal interviews.”

When Charania first reported on the investigation, he said that Udoka’s breach stemmed from an “inappropriately intimate” and “consensual relationship” with the employee.

Adrian Wojnarowski reiterated that the relationship was amicable as he reported that Udoka was likely to be suspended for the September 22 season.

Charania’s update reveals the relationship may not have been amicable after all, which may have played a part in why Udoka was suspended for the season.

After Udoka’s suspension became official, Udoka made a public statement via Malika Andrews’ Twitter accountexpresses his thoughts on the subject.

“I want to apologize to our players, fans, the entire Celtics organization and my family for letting them down. I’m sorry for putting the team in this difficult situation and I accept the team’s decision. Out of respect for everyone involved, I will not comment further,” said Udoka.

Note that Udoka’s testimony does not deny any reports of his actions within the organization, and more details may emerge in the coming days.

On September 21, Wojnarowski reported that Udoka’s job as head coach was not in jeopardy, but that may not be the case after the Celtics announced they would make a decision about his future at a later date.

Meanwhile, the Celtics have assistant coach Joe Mazzulla as interim head coach while Udoka is serving his suspension.

NBA insider Chris Haynes later reported that Udoka actually did not step down from his role as the team’s head coach before his suspension became official.

With Udoka’s suspension officials and Shams Charania’s report detailing allegations of unwanted comments since Haynes’ report came out, this could very well influence whether Udoka would be willing to stay. If he wants to stay and the Celtics uphold the suspension without firing him, it’s hard to see how this investigation won’t hang over their heads as long as he’s the head coach.