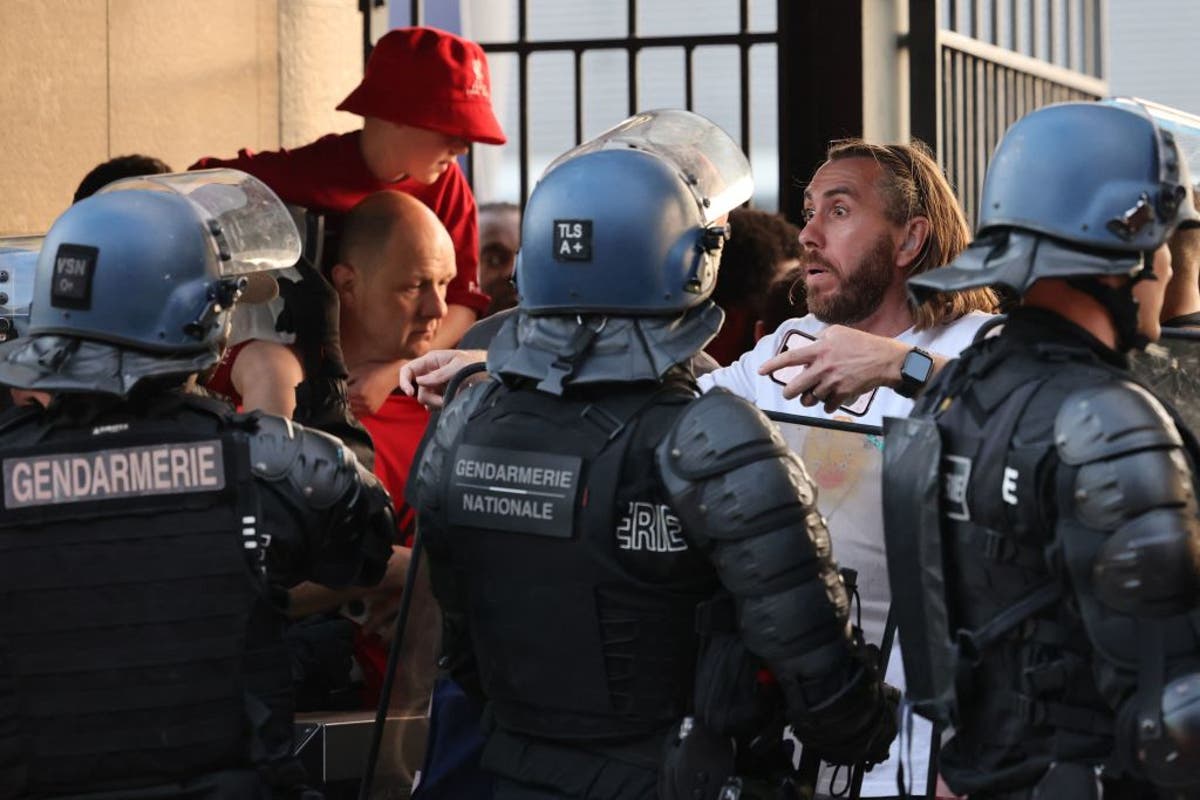 The treatment of Liverpool fans by French police at the Champions League final was based on a misunderstood link between the Hillsborough disaster and hooliganism, according to a government report on the chaos at the Stade de France.

France’s deployed riot police and Liverpool fans were tear-gassed outside the stadium, with the 30-page report admitting the French police’s heavy-handed tactics were based more on false stereotypes than the behavior of Liverpool fans at the final.

According to the report, there were “several failures” in crowd management in Paris and for many Liverpool fans the experience of the final brought back traumatic memories of the Hillsborough disaster which killed 97 fans in the 1989 FA Cup semi-final.

An inquiry into the disaster following a long battle by the Hillsborough families to find the truth revealed that the 97 supporters were “unlawfully killed” as a result of gross negligence and that the behavior of Liverpool fans did not contribute to the disaster.

That’s what Liverpool Mayor Steve Rotherham said Guardian that the reference to Hillsborough and the link to hooliganism “confirms our worst fears” that bias played a role in police tactics and subsequent attempts by French authorities to blame Liverpool fans for the chaos while the Hillsborough families reacted with dismay to the report.

The report said: “Referring to the 1989 Hillsborough tragedy – 97 deaths – for which the responsibility of the [police] was pointed out, but led to the drafting of a strict police agreement to maintain order in riot gear to be able to respond to the threat of collective phenomena of hooliganism and chaos, as happened in Marseille on June 13, 2016 during the England-Russia match .”

Uefa have launched a review of the final, while French police chief Didier Lallement has admitted his operation at the Stade de France was a failure. Lallement has also admitted there was no evidence to support his original claim that up to 40,000 Liverpool fans were outside the stadium without tickets.