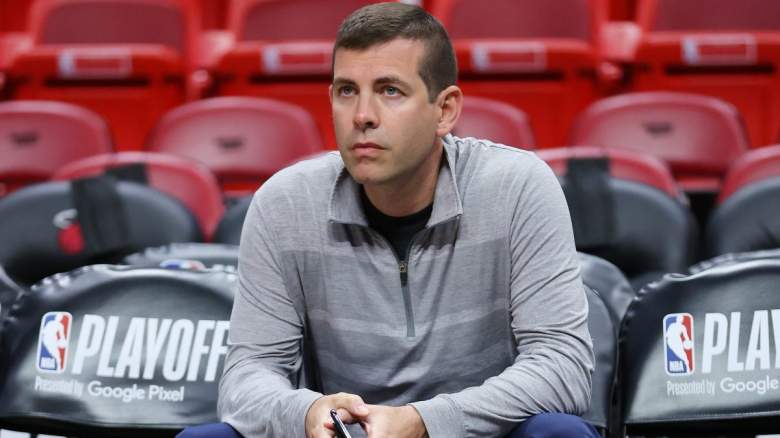 Finding help at the power forward position remains a high priority for the Boston Celtics as we near the start of training camp.

By now we all know the former first-round draft picks who will be battling for a potential roster spot in the coming weeks, but what happens when none of them impress? Or do they show limited upside potential? Are the Celtics pivoting and diving into the free-agent market in hopes of finding an influential veteran?

Well, according to Sports Illustrated’s Ben Stinar, there’s another option, but it certainly comes with a risk factor — and that’s extending LiAngelo Ball’s contract for the upcoming season.

“Last season Ball played for Greensboro Swarm of the G League (affiliate of the Hornets) and averaged 9.1 points and 2.3 rebounds per match. He also shot a wondrous 62.2% from field and 53.6% from three point… Ball is 6’5″, 230lbs so he could add depth to the position if he made the team or got a two -way contract,” Stina wrote in his September 18 article.

Though Ball has received several training camp opportunities in recent years, he has not yet played an NBA game but has been impressive during his time in the G-League – with his height, skill and basketball pedigree (see (Looking at who his brothers are!) there’s every reason to believe he still has a lot of untapped potential – and that might tempt Brad Stevens to take a closer look.

NBA teams are allowed 20 players in training camp, and they must reduce this to a total of 15 players before the start of the season. Following the addition of Jake Layman in early September, Masslive’s Brian Robb has reported that Summer League standout Brodic Thomas will fill the final training camp spot for the Celtics.

“A league source told MassLive that former two-wayer Brodric Thomas is also expected to be signed ahead of camp,” Robb wrote on Sept. 15.

Thomas, unlike LiAngelo Ball, has some NBA experience, having attended 44 NBA games — and started one of them. Last season, the Illinois native played 12 games for the Celtics and averaged 1.8 points, 0.8 rebounds and 0.9 assists per game while shooting 22.2% from deep and 66.7% shot from two-point range.

As things stand, there is a real case for all Boston training camp hopefuls to secure a place in the squad for the new season. However, according to NBC Sports Boston’s Chris Forsberg, Jake Layman and Justin Jackson are the top two to get a contract before the start of the season, with Boston possibly opting to keep its 15th roster spot open.

“Now, if the question is who comes up with any of the three roster spots currently open, my first guesses would be that Jake Layman, Justin Jackson and the Celtics are keeping 15th spot open for maximum flexibility (and tax savings). Layman was a permanent reserve in Portland and Minnesota. He fits in with Boston’s plans and does enough to hide his perimeter shooting issues. Jackson never quite lived up to his potential, but he did get a 10-day call when the team was skinny last year and then had a solid summer league,” Forsberg wrote in his Sept. 16 mailbag article.

Of course, Noah Vonleh and Bruno Caboclo might think they have something to say about that since they’re both former NBA-level talents fighting for a return to the league — but given Boston’s needs and the benefits of Layman and Jackson’s is Forsberg probably on this one. And leaving the 15th roster slot open certainly gives Boston some much-needed flexibility regarding the trade deadline, and we know how important that can be.