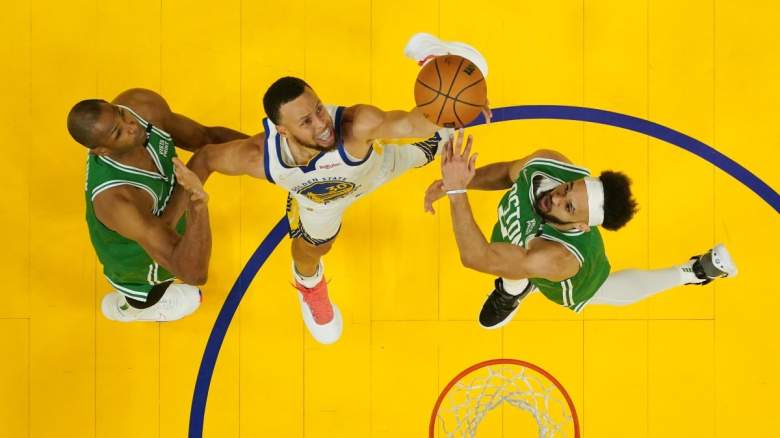 The Summer League is officially over and the Boston Celtics saw some impressive performances from their players. In fact, two of the top performers from Boston’s Summer League roster have been rewarded with bilateral contracts – rookie JD Davison and big man Mfiondu Kabengele.

However, those two weren’t the only players to show up for the Celtics during the Summer League. Guys like Matt Ryan, Brodric Thomas and Juhann Begarin have all had their moments in the sun. However, one of Boston’s young Summer League standouts has just signed a contract with a new club.

Corresponding Shams Charania by The Athletic, rookie center Trevion Williams just signed an Exhibit 10 deal with the Golden State Warriors. Charania noted that Williams will now have the opportunity to fight for a roster spot throughout training camp.

Undrafted Purdue center Trevion Williams has agreed to a deal with the Golden State Warriors, sources @TheAthletic @Stadium report. Exhibit 10 contract to fight for a roster spot for Williams, who averaged 7.4 points, 6.6 rebounds and 14.2 minutes for Boston in the summer league,” Charania tweeted.

As The Athletic’s Jay King noted on July 6, William’s death makes him such an intriguing candidate as he doesn’t really fit the mold of a traditional big man in today’s NBA.

King wrote about this potential issue during his Summer League review before the games started. Williams’ passing proved impressive, but as King had predicted, his large physique prevented him from being noticeable in other areas of the game.

“He’s not exactly built in modern Big Man form, but scouts are blown away by his ability to pass the basketball exhibited during the brief scrimmage segment that reporters were allowed to see Tuesday afternoon,” King wrote on April 6 . July.

In college, Williams shared time with Zach Edey, a tall man from Purdue. During his fourth and final season with the Boilermakers, Williams averaged 12.0 points, 7.4 rebounds and 3.0 assists on 55.5% shots from the field and 35.7% shots from behind the three-point line (at only 14 total attempts).

But while the rest of his game leaves a lot to be desired, his passing largely made up for it. Celtics Summer League manager Ben Sullivan highly praised Williams’ death.

During a July 7 interview prior to the official start of Summer League, Sullivan spoke about William’s death. He said the big man impressed him in training not only with his passing but also with his willingness to pass.

“The first thing that stood out was his death. Such a willing passerby, vision, he can see and touch and feel the whole floor with his size. I was really impressed not only by his willingness to pass, but also by his vision and his ability to see the ground,” Sullivan explained.

Now Williams will have another chance with a new team. Boston filled their second two-way spot with Kabgenele, and while they’re said to be in the market for a big third-string man, they obviously didn’t think Williams was right for the role.