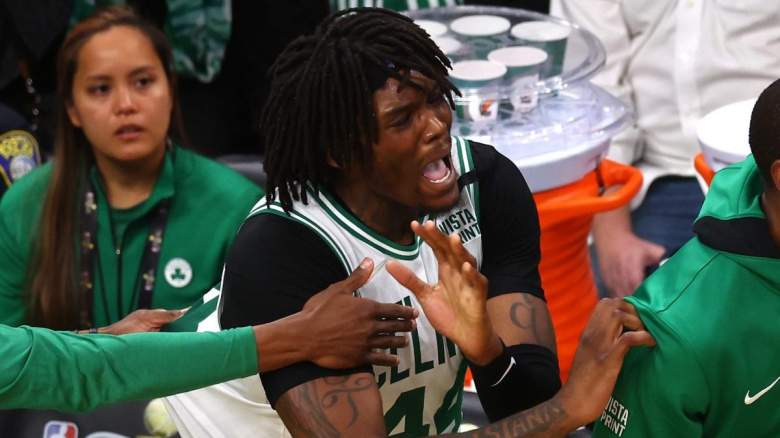 This year has been a season of growth for the Boston Celtics. While they ended up losing to the Golden State Warriors, making it to the NBA Finals was an impressive feat, especially considering how poorly they started the season.

Now they want to be even better next year. And while some of these improvements could potentially be external, internal improvement must be the team’s top priority. And one area that absolutely needs to be addressed is health.

Head coach Ime Udoka spoke about Robert Williams’ health during his media coverage following the Game 6 loss in Boston. He said Williams needs to focus on being more available next season by building muscle around his knees.

“A big part is taking care of your body and staying available,” explained Udoka. “Obviously he needed to strengthen his legs and build up all the muscles around them to protect his knees. But what I said to him was also recognition for playing through what he did and trying to be out there for us. Now it’s time to rest, heal, be ready for next season and come back in better shape, better than this year when you came into the season.”

Williams noted that “rest” would be the main key to healing his knee this offseason. And while Udoka stressed the importance of promoting and prioritizing his health this summer, he also mentioned how much the big man has improved this season.

In addition to his comments on Williams’ off-season recovery, Udoka paid tribute to the big man for the role he played for the Celtics that season.

“Strengthening your body is the most important thing. We said it’s coming into season. He had his highest minutes per game this year. We wanted him to be able to play longer distances. I think he has achieved many things and developed a lot on the pitch,” said Udoka.

Although this season has been Williams’ best so far, the big man admitted losing the final would hurt for a while.

After Boston’s Game 6 loss to the Warriors, Williams was asked how much longer the Celtics will let that loss hurt. While he said Boston will take the necessary steps to improve, he also said the pain won’t stop until they complete their mission.

Boston’s big star will aim to return with a clean bill of health next season in hopes of leading the Celtics back to the NBA Finals (and beyond).