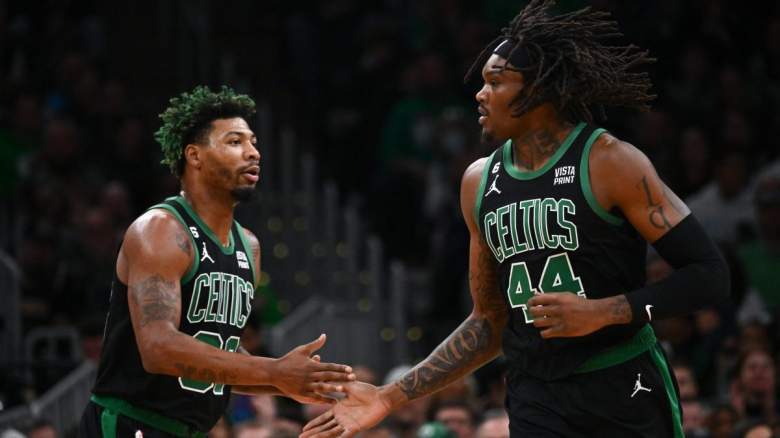 The Boston Celtics clinched their ninth straight win on Saturday night, beating the Toronto Raptors 106-104 away. With Jayson Tatum sidelined, it was up to the rest of the cast to step up and pull out the win.

Unfortunately for Boston, there were a few casualties along the way. Jaylen Brown fell on Robert Williams’ knee and Marcus Smart suffered a non-contact ankle injury. Both were out at halftime. After the game, head coach Joe Mazzulla provided an injury update for all three players.

Jared Weiss of The Athletic reports on the innovations:

He also noted that Derrick White, who injured his knee in the fourth quarter, is fine, per white.

Despite their absence after halftime, the Celtics managed to secure a win, with the game going to the end. Brown led the team in scoring, dropping 27 points, eight rebounds, seven assists and three steals on 10-of-23 shots from the field and 4-of-8 shots from distance, but it was Boston’s bench which gave them the greatest boost.

Meanwhile, Payton Pritchard also made it big for Boston. He finished with 12 points, two rebounds and two assists on 4-of-7 shooting from the field, all of which were three-point attempts.

Before his early exit in the game against the Raptors, Williams was under close scrutiny as he had two surgeries in the past year. During an exclusive interview with NBC Sports Boston, Basketball Operations President Brad Stevens spoke about Williams’ continued injury management.

“It’s a long game,” Stevens explained. “I mean, that’s the bottom line. He won’t face Nord 30 very often at the moment. At the end of the day, of course, he didn’t play in pre-season training camp, he’s spiced up with coaching games where only our head coach gets injured; everyone else is fine. But he’s not ready to play 30 minutes a game of NBA basketball when he first comes back. Now you can see he’s got a little bit more and more and more in every game… I think it’s really a focus on continuing to play well, getting your legs under you and getting ready for the end of the season.”

Despite new injury questions, the Celtics claim the best record in basketball at 35:12. Following their recent win over the Golden State Warriors, ESPN’s Stephen A. Smith stated that he believes “Boston is the best team in basketball.”

“Boston is the best team in basketball,” Smith told ESPN First take. “They can hurt you in many ways. Right now, I don’t think anyone would dispute the fact that Jayson Tatum is a leading league MVP candidate; He’s a superstar. They have the best depth in the NBA, you could argue about Denver, but I’ll start with the Celtics. And not to mention the fact that their defense can take it up a notch when Robert Williams is on the pitch. Right now, the Boston Celtics are by far the favorites to win it all.”