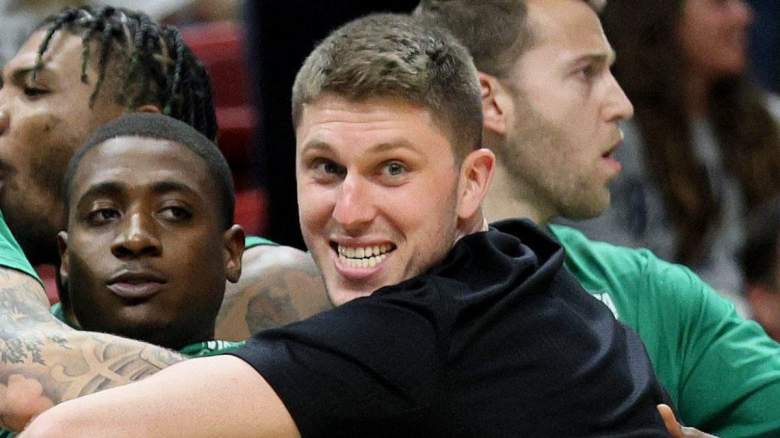 After a stellar performance during the 2022 NBA Las Vegas Summer League, many have wondered if the Boston Celtics plan to bring Matt Ryan back for the 2022-23 season and beyond. Brian Robb was asked about it while answering questions for his mailbag on July 29, 2021, and he revealed what the future could hold for Ryan in Boston.

After all the strides they’ve made, the Celtics have three open roster spots at the moment. Aside from their more noticeable offseason moves – the trade for Malcolm Brogdon and the signing of Danilo Gallinari – the Celtics re-signed Sam Hauser and Luke Kornet to give them 12 players on their roster. The Celtics have also signed second-round picks JD Davison and Mfiondu Kabengele for two-way places, preventing Ryan from being signed to that specific contract as he did towards the end of the 2021-22 season.

If the Celtics decide to bring Ryan back, it would continue what would be quite an inspirational storyline.

On July 11, 2022, the Celtics participated in an Eastern Conference Semifinals rematch when they faced the Milwaukee Bucks in the Las Vegas Summer League. With a 108 apiece tie and 6.3 seconds left, Ryan took the ball onto the court and hit the game-winning shot while spraining his ankle in the process.

After hitting the game-winning shot, Ryan got emotional while speaking to reporters after the game. Ryan reflected on the journey he took to get to this point, including having to work for Doordash to pay the bills.

“It’s quite emotional. It’s been a crazy 11 months,” Ryan said. “I was at home for half a year. I don’t know if you’ve heard my story, but [I was] Drove Door Dash a year ago. Being here, being part of the Boston Celtics roster, is special.”

Ryan certainly raised some eyebrows at the 2022 Las Vegas Summer League. If anyone has realized who he is as a player, it’s Celtics head coach Ime Udoka.

In light of Ryan’s success during the 2022 Las Vegas Summer League, Udoka commended Ryan for what he brought to the Celtics’ locker room during their playoff run from the first round against the Brooklyn Nets to the Finals against the Golden State Warriors.

“Matt was great,” said Udoka. “He’s an integral part of our team I think. He’s sometimes underrated – what these guys bring to our team. They may not get the playtime, but they grind and the connection they make with the guys is great. He’s a member of the team that brought a lot to the table this year… What he brought to the team this year on the bench, the energy and the professionalism every day is invaluable to our team.

Time will tell if Ryan will return to the Celtics, but if he does Udoka seems to appreciate what he would bring to the team.