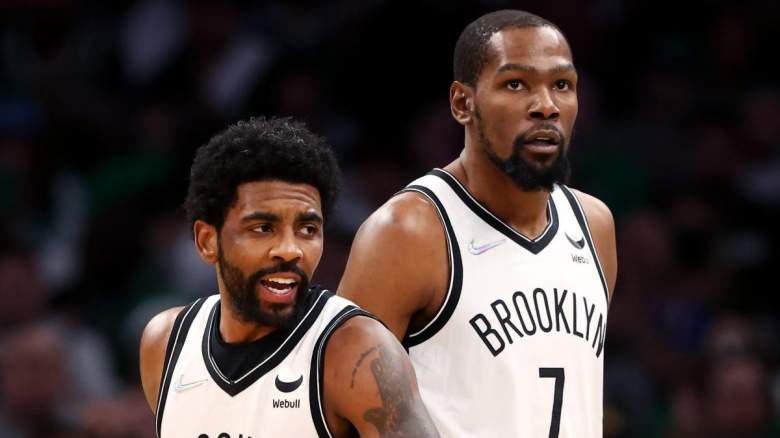 In 2013, the Boston Celtics struck a trade with the Brooklyn Nets that helped boost their current roster while also setting the Nets back by half a decade. Now the Nets are in turmoil again, ironically being knocked back out of the playoffs by the players Boston hit with their picks.

To make matters worse for Brooklyn, it looks like their current core is ready to go. Kevin Durant weighs his future options according to The Athletic’s Shams Charaniaand Kyrie Irving may be traded.

So why not throw the Celtics into the mix? If Durant is looking for a new home and wants to put himself in the best position to win, a move to Boston would certainly be a solid option. Playing alongside Jayson Tatum and Jaylen Brown would be great for him. Here’s the best trade Boston could offer:

That trade would never happen as there are a lot of better deals the nets could get for Durant. Brooklyn would likely ask for Robert Williams too, but getting him in a deal and keeping Boston Horford (and Marcus Smart) would require them sending at least five players.

Speculation about Durant and Irving’s future in Brooklyn has been a hot topic for the past week, and ESPN’s Adrian Wojnarowski has been at the forefront.

In a recent appearance on ESPN, Wojnarowski explained that Brooklyn knew Irving’s exit this summer was a possibility. At the same time, however, Irving’s future with the team will definitely influence whether or not Durant returns.

“The Nets went into it with their eyes open because they knew he could walk. He’s done things differently in his career, but I think there’s a sweet spot for the Nets and Kyrie Irving to find a deal and if they don’t, how does that affect Kevin Durant’s future with the Nets out? All of that is at stake this week,” said Wojnarowski.

Durant and Irving are very close friends, so it probably wouldn’t make Durant very happy if the Nets decide to trade Irving. It could have a domino effect that would result in both Superstars leaving the Nets, spelling the demise of one of the league’s most promising Big 3.

And with the latest reports from Charnia, Irving’s future in Brooklyn is looking increasingly bleak.

According to Charania, negotiations between Irving and the Nets have reached an impasse and it looks like they won’t be able to come to an agreement.

“One of the most anticipated free agency situations involves Brooklyn’s Kyrie Irving, who has a June 29 deadline for his $36.9 million player option for the 2022-23 season,” Charania wrote. “However, many sources are telling The Athletic that talks between him and the Nets over Irving’s future have stalled. Currently, the parties are at an impasse, clearing the way for the seven-time All-Star to consider the open market.”

While the Celtics’ participation in trade talks is unlikely, it’s still fun to think about, especially since it looks like Irving and Durant are all but gone.