Celtics could still trade for another Big Man: report 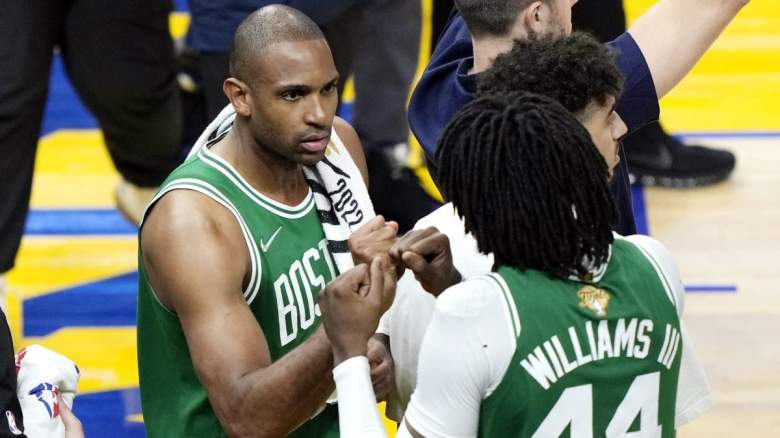 Despite Robert Williams’ absence early in the season, the Boston Celtics have proven to be one of the most dominant teams in the NBA.

However, according to a report by ESPN’s Adrian Wojnarowski, the Celtics are still looking for ways to further improve their roster, particularly up front as they look to limit potential weaknesses within their rotation.

“I think for Boston if you look at the February trading deadline now I think that’s another big man, another center who could play minutes should Robert Williams miss the time or 36-year-old Al Horford is out. They try to close every hole to become a championship team. So I think you can watch Boston as they near the close and see if they can get more front seat support from their bench.” Wojnarowski said Nov. 24.

During the offseason, the Celtics added Noah Vonleh and Blake Griffin to add depth to the front seat, but neither has managed to earn a regular spot in the rotation. So it makes sense that the Celtics could potentially take a look at the trade market to acquire an additional hitter in either the front or middle position.

During Wojnarowski’s appearance on the NBA Countdown, he also provided an update on Robert Williams, who will not play this season after undergoing surgery in the summer. The ESPN insider reported that Williams is making good progress in his rehab and is expected to return by Christmas.

“Robert Williams who had left knee surgery two months ago today. His agent, Kevin Bradbury, told me tonight that he expects Robert Williams to be back by Christmas. That gives him another month here, he’s making good progress in his rehab. And listen, this is a player who has had two surgeries in the last calendar year, he sure wants to take his time. Even without him, this is a team with the best record in the NBA, but they expect him to come back by Christmas,” Wojnarowski said.

Towards the end of the 2021–22 season, Williams was diagnosed with a torn meniscus and underwent surgery, although he returned to the rotation in time for the playoffs and helped Boston reach the NBA Finals. In the summer, however, Williams had to undergo a second surgery that kept him out of the Celtics’ lineup for the early months of their season.

On 5.11. The Athletic’s Jay King gave an update on Robert Williams’ recovery after speaking with the all-defensive second team center.

“They (the Celtics coaching staff) are just trying to stop me from being a little too explosive at times, take your time with that. But pick and rolls, the running of the court, really do a lot,” Williams said.

Hopefully, Williams can continue to take his recovery slowly so that when he eventually returns to full basketball activities, the chances of him re-aggravating his injury are minimal and he can remain in the Celtics rotation and help them work towards a second participation at the NBA Finals in two years.