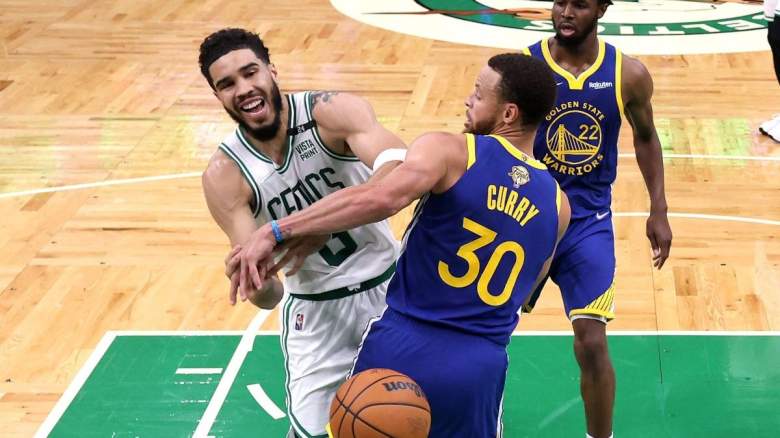 Now there’s a narrative in the NBA media that the Celtics have a mental block when it comes to playing the Warriors. Ahead of their Jan. 19 game, Celtics head coach Joe Mazzulla was asked about that mental block, but he said it doesn’t seem to be affecting his team the way people say it is.

“I didn’t really ask her that” said Mazzulla. “I’m sure they’re thinking about it … I’m not going to sit here and say they didn’t, but I don’t think it’s something that consumes them.”

On December 10, the two teams faced each other for the first time this season, and the duel took place at the Chase Center in San Francisco. The Warriors earned a 123-107 win, dominating the Celtics on their home ground.

This time, however, there are some new factors that Golden State needs to consider. First and foremost, their Jan. 19 matchup will be in Boston at the TD Garden, and the Warriors are one of the worst road teams in the NBA this year.

But perhaps more importantly, the Celtics were missing key pieces from these two teams’ first game this year — Al Horford and Robert Williams were both out, and Boston started Blake Griffin. This time both of these players are active and it could lead to a closer, more intense game.

In addition to Mazzulla’s comments about the competition, Celtics star Jaylen Brown also spoke about it. He spoke about their experiences in the Finals and what they need to do to progress against Golden State.

According to Brown, the Celtics need to do a better job of not playing into the hands of the Warriors.

“I think that was the biggest thing for us,” Brown told The Athletic’s Jay King. “Against the Warriors we sort of played into their hands at times. If you misread, they’ll come back and pressurize you with their shooting ability. We must be able to do more [throughout] the game, you read that right.”

But their endgame showdown and in-season matchups aren’t the only instances the two teams have been intertwined in recent times. Additionally, the Warriors are reportedly interested in a Celtics player ahead of the Feb. 9 trading deadline. MassLive’s Brian Robb reported that Golden State has expressed interest in potentially trading for Payton Pritchard.

“Payton Pritchard’s lack of consistent playing time in the Celtics rotation has unsurprisingly resulted in a number of playoff teams inquiring about the availability of the Reserve Guard, including defending champions Golden State Warriors, league sources tell MassLive,” Robb wrote. “Despite these overtures, according to multiple sources, the Celtics have so far shown no interest in trading the 25-year-old guard as Pritchard rejoined the Boston rotation last week following Jaylen Brown’s injury.”