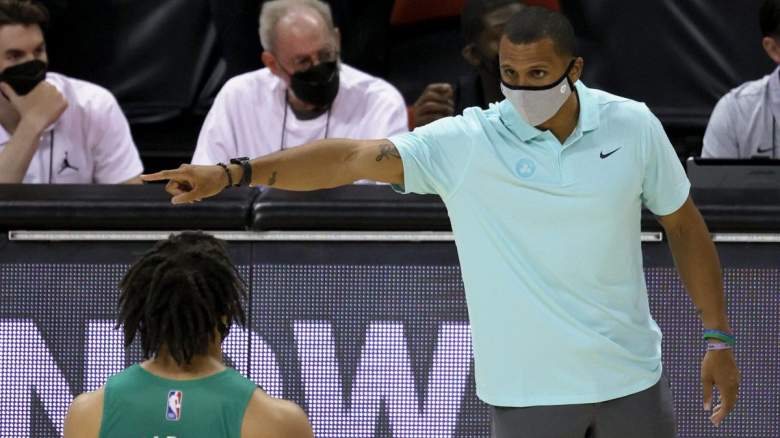 The Boston Celtics made the decision to suspend Ime Udoka for the upcoming season and have since appointed assistant coach Joe Mazzulla as their interim head coach, effective immediately.

Mazzulla, 34, has been with the Celtics since 2019 and during that time has developed a strong relationship with the team’s roster, while also getting the opportunity to coach Boston’s 2021 Summer League team – where he will coach them through to the Summer League Finals led before he lost Davion Mitchell and the Sacramento Kings.

Mazzulla has received rave reviews over the years for his relationship with Boston’s star players, unmatched by then-assistant coach Jayson Tatum’s assessment during the NBA Finals.

“I love Joe. I think over the last two or three years with him you can tell how passionate he is about the guys and his craft. He’s become so much more knowledgeable and detailed, vocal and comfortable in his role as a coach. He’s helped me tremendously, as a player and as a person I can’t say enough good things about Joe,” Tatum said during a post-game interview on June 15.

With Udoka’s suspension set to take effect immediately, Mazzulla will get his first taste of head coaching responsibilities when the Celtics report for camp on September 27.

ESPN’s Adrian Wojnarowski sent Celtics fans into meltdown on September 21 when he released a Late night tweet detailing how Udoka faced a possible suspension from his duties as head coach.

The Celtics then released a statement on September 22 confirming the immediate suspension of Udoka and noting that a decision on the head coach’s long-term future with the franchise will be made at a later date.

“The Boston Celtics announced today that the team has suspended head coach Ime Udoka for the 2022-23 season for violating team policy. A decision on his future with the Celtics beyond this season will be made at a later date. The suspension will take effect immediately.” The statement was.

In his first year as head coach, Udoka led Boston to a 51–31 regular-season record and finished second in the Eastern Conference before leading his team to the NBA Finals, where they lost to the Golden State Warriors in six games.

While Mazzulla has experience as an assistant coach, he has no experience as a head coach in the NBA — and with Will Hardy leaving Boston to take on a head coaching role with the Utah Jazz earlier this summer, the Celtics bench is looking tenuous.

As such, Sports Illustrated’s Chirs Mannix pitched the idea of ​​former Los Angeles Lakers coach Frank Vogel joining the team as an assistant for the upcoming season.

“Don’t be surprised if Frank Vogel is considered for the Celtics bench. Joe Mazzulla is expected to be elevated, but the staff is thin with head coaching experience. Vogel has a long-standing relationship with Brad Stevens,” Mannix tweeted on Sept. 22.

It’s clear Boston needs some additional coaches to join their ranks for the upcoming season, and if they can add an experienced, masterful assistant coach, it’s a move they should seriously consider.