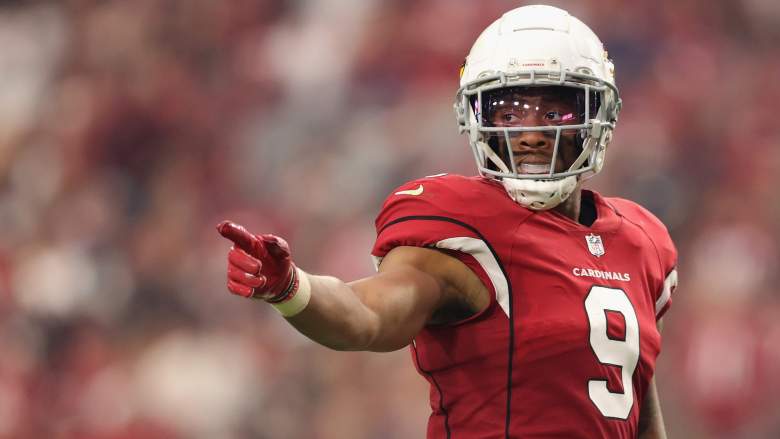 When the Arizona Cardinals drafted Isaiah Simmons in the 2020 draft with the eighth overall pick, there were high expectations of Clemson’s linebacker. What happened over the next two seasons showed that Simmons was a valuable asset to the Cardinals’ defense.

What was slated to be his second season in 2021 felt more unorthodox than Simmons could have imagined. He would play in eight different positions throughout 2021. According to NFL Next Gen Stats, Simmons played as a linebacker (324 snaps), edge rusher (207), outside linebacker (193), slot corner (139), inside defensive line, left corner, right corner, and safety. That much experience on defense could come in handy in the future, especially at the linebacker position.

Playing all of those positions in his third season has given him ample experience, but not enough to be an expert in any one position. Hudson is now entering his third season and is ready to give the Cardinals everything he has.

“Just being able to go everywhere gave me more conceptual knowledge about our defense, which helped me a lot,” Simmons said. “I mean, it’s leverage, so knowing what your help is just great.”

Although players typically stay in the same position throughout their careers, Simmons was always the player who went wherever he was needed on the gridiron. As he is expected to start as an inside linebacker and call defense with sophomore Zaven Collins, his experience to date will only help him move forward.

“I’ve played multiple positions since you guys probably knew my name,” Simmons said. “I just am.”

The 23-year-old linebacker also felt he needed to make it clear he could “dominate” at the inside linebacker after last season’s experience. Moving up is one thing, but leading an Arizona defense that has given up 12th lowest points, 11th lowest yards and seventh in takeaways takes hard work and dedication all season.

Not only is Simmons confident in his abilities, but he has now started making noise in the Cardinals’ locker room. At only 23 years old, he fills such a role and does not shy away from the big moment. His intentions may not have materialized until he gave his own criticism to JJ Watt, arguably one of the first eligible voters.

“I don’t really have a problem saying anything to anyone because at the end of the day, I’m not really here to be anyone’s friend,” Simmons said in response to his criticism of Watt. “We’re all trying to get the Lombardi Trophy… If you don’t like what I’m saying, then you’re probably in it for the wrong reasons. Because I don’t say anything to hurt anyone’s feelings or to confront anyone. It’s all for our good.”

While it’s clear that Simmons’ intentions are good, calling out some of the biggest names in the dressing room, particularly one you’ll be sharing snaps with this season, might seem silly. Regardless, Watt isn’t the only player Simmons has voiced his concerns to, the other is his inside linebacker teammate Collins, who he plays with. With all due respect, this is the kind of attitude that can bring teams closer together and help improve a unit when it matters deep in a game or season.