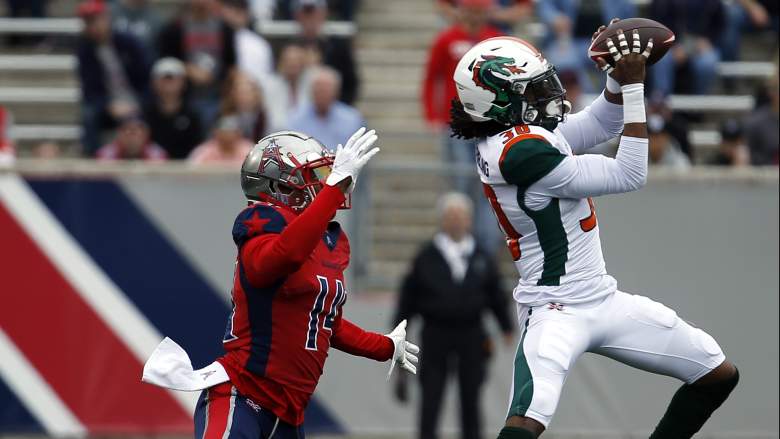 The United States Football League is nearing the end of its inaugural season and the Arizona Cardinals will soon have a chance to snap up any talent worth a closer look.

With the USFL championship ending July 3, there are playoff-bound players who could sign with an NFL team. Bleacher Report’s Alex Ballentine has compiled a list of seven free agents who could earn an NFL roster spot. He also listed potential teams that could be suitable for each player.

While Arizona wasn’t mentioned, there was one player that could make sense for the Cardinals. Philadelphia Stars cornerback Channing Stribling, 27, has seven interceptions, leading the USFL. From the Cardinals’ perspective, it might be worth picking up a flyer about Stribling.

At the same time, Ballentine has the Seattle Seahawks, Houston Texans and New York Giants as potential landing spots for the cornerback.

Ballentine wrote: “Stribling was a ball hawk for the stars. . . The former Michigan Wolverine has shown a knack for getting quarterbacks to throw in his direction and break the ball aggressively. Stribling might have needed the experience and development he’s received playing in different leagues.

“However, Stribling’s instinct and his ball skills give him a chance to make his contribution. At 6’1″, he has the height that some teams covet at the cornerback position. He would do well with a team that relies heavily on zone coverage, which would allow him to keep things ahead of himself.”

The USFL gave Stribling a chance to showcase his skills. But it was not an easy journey.

A Michigan cornerback prospect, Stribling had six interceptions and 15 pass defenses in his last two seasons in college. In 2017, he was undrafted and was placed on the Cleveland Browns practice team. He then went on to play with three other NFL franchises, including twice with the Indianapolis Colts.

After his stints in the NFL, Stribling found opportunities in the AAF, CFL, and XFL. He has shown the greatest potential in the USFL with the Stars picking him in the eighth round of the 2022 USFL first draft.

He’s not known for his speed, as every football team, especially in the NFL, knows about Stribling’s 4.6-second, 40-yard dash.

But the ball-tracking skills — with his 11 pass deflections in seven games with the Stars — could help Stribling find a home on a professional NFL team.