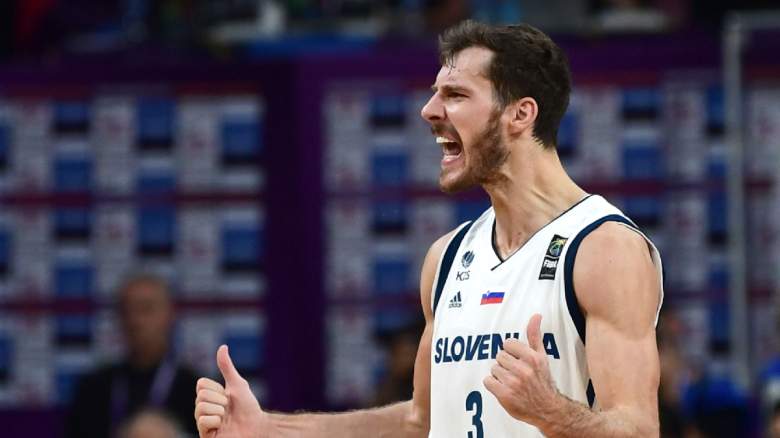 Earlier this summer, Chicago Bulls new signing Goran Dragic made a surprise return to international competition with the Slovenia national team. To help his nation qualify for the 2023 FIBA ​​Basketball World Cup, he played in two games and averaged 19.5 points and 2.5 assists while shooting 48% from the field.

This secured the Slovenians a place in the second qualifying round, which is due to end later this month.

It was an incredibly successful comeback to FIBA ​​play for Dragic, who hadn’t played for Slovenia in five years. And while he’s unlikely to be in the team for the next qualifying round, the 36-year-old baller appears unwilling to retire from the national program.

According to a social media post from the man himself, Dragic will once again wear his country’s shirt at another major tournament just around the corner.

On Friday, Dragic — who was a 2018 NBA All-Star as a member of the Miami Heat — took to Instagram to make a relatively simple proclamation — “I’m back.”

This caption accompanied a snap taken after the 2017 EuroBasket Finals, where Slovenia beat Serbia for the gold medal. Dragic also tagged Europe’s first Hoops tournament in the post and indicated he would be returning to the event in September.

The re-draw in the EuroBasket competition is significant for two reasons. First, that 2017 final was his previous FIBA ​​swan song, and he finished as the competition’s Most Outstanding Player. Second, the tournament victory brought the country’s first international basketball gold.

So there is a significant amount of history for the Bulls Guard there. Whether history can repeat itself remains to be seen.

While Slovenia currently sits fifth in the FIBA ​​World Rankings and the Dragic-Luka Doncic pairing is impressive, it could still be a tough ride for the nation on their way to another gold.

The team find themselves in a difficult Group B alongside luminaries such as France, Lithuania and Germany. In addition, Slovenia would play nine times in 19 days in a run to the final. To say it’s going to be a grind for Dragic and company is probably an understatement of the situation.

On the plus side, the extra run could pay off for Dragic, who spent much of last season on the sidelines/limbo as a member of the Toronto Raptors before getting his cup of coffee with the Brooklyn Nets on the stretch.

If he can show he’s still a consistent performer internationally, it should bode well that he can play a significant role for the title-chasing Bulls in 2022-23.