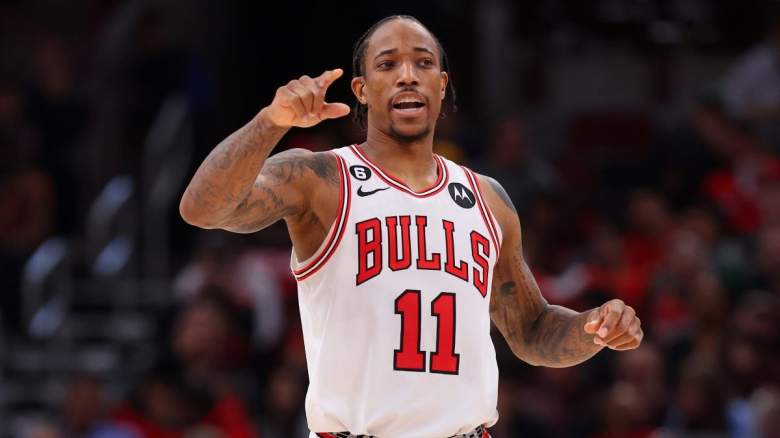 There’s a song for everything. After their 108:107 defeat against Orlando Magic, the Chicago Bulls were able to turn to the Beatles, who honored us with the line “I get by with a little help from my friends” from the song of the same name.

Magic guard Jalen Suggs cooled the game off with a three on the rebound.

Certainly as a series of emotions swept across the Bulls nation, Vucevic became an easy scapegoat amid a contract year and declining statistical production. It would have been easy for his teammates to leave him out there banging against criticism in the wind, but that’s not how this locker room was put together.

“It’s our fault,” DeMar DeRozan said of his teammate’s tough finish. “We can’t just blame it on the free throws… The margin of error when you’re downplaying 19 points is tough. Too much stuff has to run perfectly. We don’t put ourselves in that hole, we can easily win the game without getting two free throws.”

They were two points clear of Vucevic’s missed free throws and squandered a four-point lead.

The only way to lose subsequent possession was to give up an and-1 or, what actually happened, a three against Suggs, who was 1-on-5 up to that point.

“It sucks,” Vucevic said per NBC Sports Chicagois Rob Schaefer. “Of course, if I do that, we’ll win the game. I just have to make them, it’s that simple. I know it’s a 48 minute game and so on. But it just sucks.”

DeRozan isn’t piling on his college teammate Vucevic. Instead, he finds the positive.

With all the hand-wringing about the Bulls’ four-game slide and direction forward, it’s good to hear the dressing room is still holding together when finger-pointing could easily prevail.

Vucevic wasn’t the only one who benefited from DeRozan demonstrating his leadership skills during tough times. He also showed his support for Bulls head coach Billy Donovan, who called out DeRozan and Vucevic along with Zach LaVine.

Donovan has put their onus on them to lead the turnaround for the bulls at both ends of the floor, and DeRozan knows it has to be.

“He said the right thing,” DeRozan said after the game per shepherd. “It’s definitely up to us. We must accept the challenge. We have to get better – defensively, offensively. We must lead better. We are the older guys in this starting group. We have to set the tone.”

DeRozan was brought in to help build the culture, and he undoubtedly did that in his first season in Chicago.

Still, this is a solid example of it for those who were still unsure if it was within reach. A moment that could have shattered the dressing room – from a coach looking for answers – has instead found an internal champion who will hopefully help spread the word to the rest of the group.