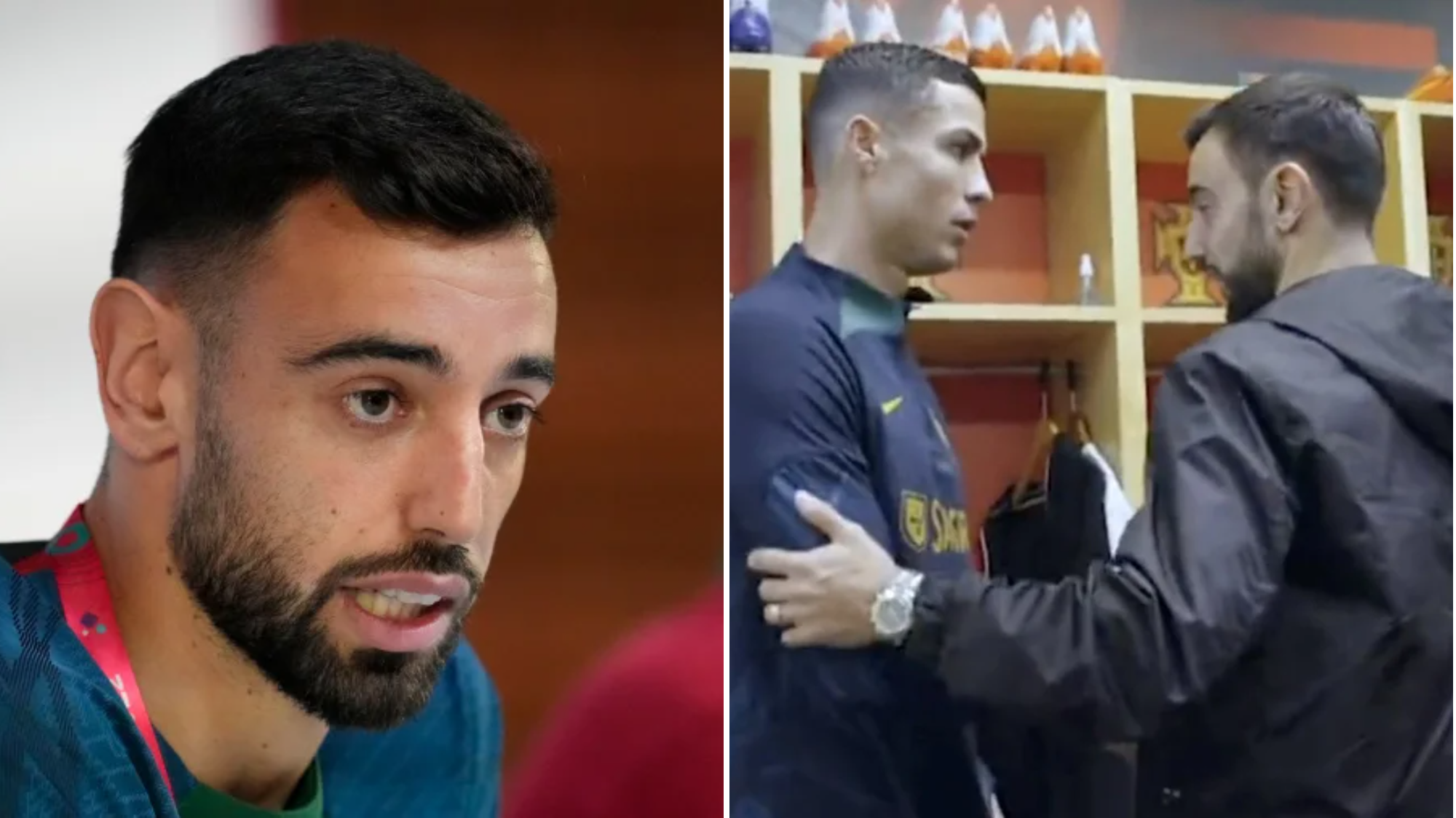 DOHA – Fernando Santos, the Portuguese coach, puffed out his cheeks and put his head in his hands. The team’s final press conference ahead of the start of the Qatar World Cup against Ghana on Thursday was well underway and Bruno Fernandes, seated next to Santos, was asked a fifth question about Cristiano Ronaldo and Manchester United.

When Santos raised his head again, he was laughing, probably at the ridiculousness of it all. That’s the contemporary Ronaldo conundrum for any manager: leave him out of your team and you’ll shut out one of the greatest players of his era, one who’s still able to score at a remarkable rate despite being nearly 38 years old is old. Bring him into the fold, however, and you’re inviting the Cristiano Ronaldo Show into your inner sanctum, and all the interruptions and distractions that come with it.

The party line on Wednesday was that Ronaldo’s decision to drop an interview with Piers Morgan, who would berate his employers and tell anyone who will listen what’s wrong with Manchester United on the eve of a World Cup, didn’t affect them at all. There was no question in the Portugal camp that Ronaldo and Manchester United would split up on Tuesday evening. Apparently it wasn’t even mentioned.

“I think that’s something that hasn’t even been talked about, there hasn’t been any comment on it during our time together on the pitch, in training or at break time together,” Santos stressed. “We had all 20 playing and practicing today, the conversation never came up, not even from him.”

Fernandes, who did what felt like a lot of tiptoeing, said similarly. “He didn’t discuss it with me,” said the Manchester United striker. “It is his decision, a matter that affects him and his family.

Fernandes addressed the video, which went viral when Ronaldo first met with the Portugal squad and the pair seemed to have a frosty exchange. Fernandes recalled being on a plane for two hours while Ronaldo was traveling in his own.

“I was on a plane for two hours so I wasn’t in the same mood and he was joking,” Fernandes said. “He’s got his plane, he’s got that opportunity and I couldn’t come along, if we have that opportunity there are delays and things like that. He could laugh, I couldn’t.”

Jokes about your private jet – when everyone else is chartered – are always the funniest. It doesn’t differentiate you from the rest of the group in any way.

For what it’s worth, Fernandes sounded genuine as he spoke about how much respect and admiration he has for arguably his country’s greatest player of all time.

“I don’t feel uncomfortable,” Fernandes said of the news that Ronaldo and Manchester United had just split, after commenting in that interview. “I don’t have to choose sides. It was a privilege to play at the club with Cristiano, a dream and I’ve always said that. Cristiano has always been an inspiration to me. It was a dream come true to be able to play with Cristiano, it was great for me and good as long as it lasted.

“Cristiano made a different decision for his life and career and we have to respect such decisions. Every decision must be respected. We as players, but also as parents, brothers, we know that some decisions can be difficult to make, but those decisions must be for the well-being of us and our families.”

That happened at Manchester United. And eventually they had enough.