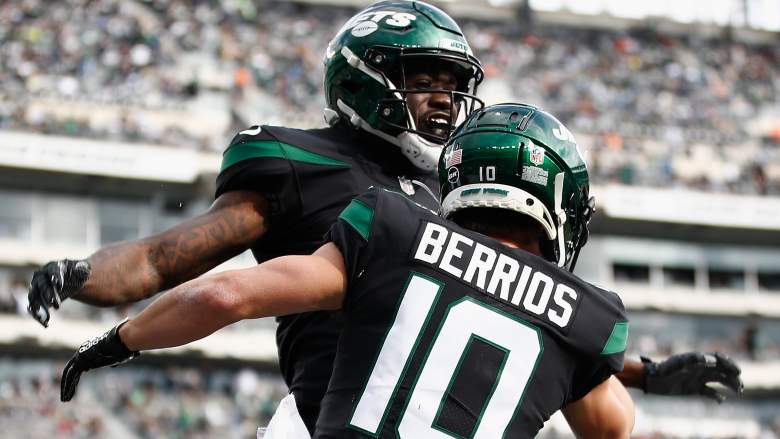 The Cleveland Browns could use some extra help at wide receiver, and New York Jets wide receiver Denzel Mims is a name the team is keen to pursue.

The Browns’ passing game looked better last week, but depth is still an issue. Amari Cooper and Donovan Peoples-Jones have combined 18 catches in two games, but no other wide receiver has more than one catch.

The ground play led by Nick Chubb and Kareem Hunt has masked the Browns’ lack of quality, but it will be a problem for the Browns going forward, especially with Jacoby Brissett as quarterback.

Mims is a former Jets second-round pick but hasn’t seen the field this season and isn’t happy about it. He was suggested by Bleacher Report as a trading option for the Browns as they look for options to upgrade their wide receiver corps. Here’s what B/R’s Alex Ballentine had to say about a potential deal:

It’s no secret that Mims wants out of New York. As previously mentioned, he asked for a trade ahead of the season, but the Jets have decided to keep him for the time being. He expressed his frustration after creating the 53-man roster.

Mims has just 31 catches and 490 yards over two seasons. He put on a strong performance on tape in the preseason, catching seven catches for 102 yards and a touchdown. The Jets made offers for Mims, but felt the consideration they would get back was not high enough to close a deal.

“I wouldn’t say he wants to be anywhere else; he wants to play,” Jets general manager Joe Douglas said in August. “He wants to start. Denzel is very confident. He has stated that he wants to be a starter. Ultimately, you want a team full of people who feel like they should be #1.”

The Browns remodeled their wide receiver room this offseason, trading in Amari Cooper as the team’s top passcatcher. After putting on just 17 yards in the opener, he looked like a true No. 1 against the Jets, nabbing nine catches for 101 yards and a point.

The Browns’ passing game will have another chance to take a step forward against the Pittsburgh Steelers in the Thursday Night Football spotlight.