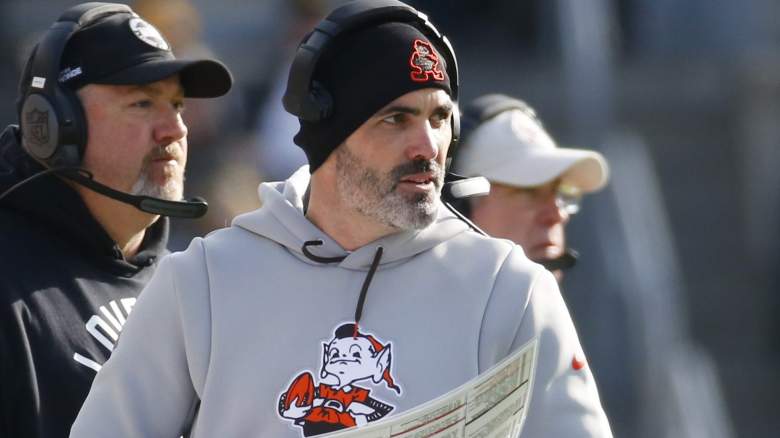 Arizona Cardinals wide receiver DeAndre Hopkins is expected to be one of the most notable names in the trade market this offseason, and the Cleveland Browns have been identified as a team to pursue the former All-Pro.

The Cardinals plan to dish out their No. 1 wide receiver this offseason, according to theScore’s Jordan Schultz. Hopkins is a three-time first-team All-Pro selection and has six thousand yard seasons under his belt.

However, Hopkins has endured a few underperforming years hampered by injuries and suspensions, and has only played 19 games over the past two seasons. He played in nine games with the Cardinals this season, rushing for 717 yards on 64 grabs with three touchdowns.

The Browns have been named by Bleacher Report as a team who could pursue Hopkins via trade, citing his past success with Deshaun Watson. Here’s what B/R had to say about a potential Browns move:

In addition to their limited net worth, there’s also the question of how much cap space the Browns will have. They roll over a League-high $27.5 million of Cap Space and was able to restructure some contracts to create additional space, as outlined by Jack Duffin of the Orange and Brown Report.

“We will have more than enough resources, tips, dollars and caps to strengthen the roster in the areas that we need,” Berry said in his Jan. 9 season recap press conference.

Watson was open to feeling some rust as he returned to the line-up, which he expected after being absent from the game for nearly two years. He finished his truncated six-game regular season for 1,102 yards, seven touchdowns and five interceptions, with the Browns leading 3-3 in his starts.

Having Hopkins on his side would certainly be a nice safety blanket for Watson. Hopkins gained a total of 4,115 yards with Watson leading the Texans, including a monster 1,572 yards season in 2018.

The Browns have Amari Cooper and Donovan Peoples-Jones available. But adding Hopkins to the mix would add a whole new element to offense.