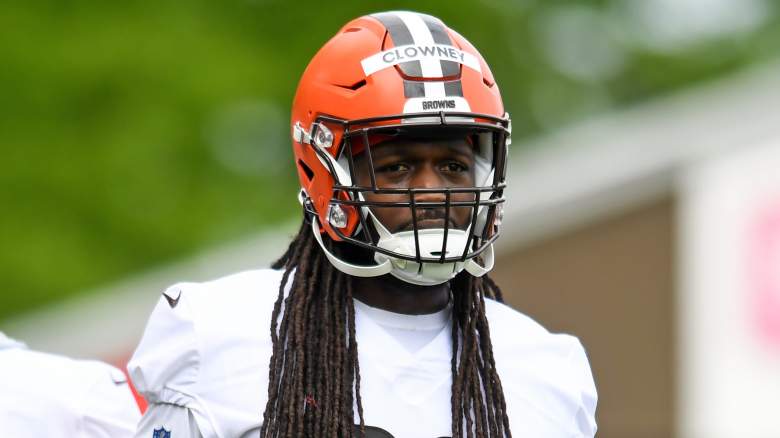 Jadeveon Clowney is happy to be a member of the Cleveland Browns, in large part because Deshaun Watson is now the quarterback.

After weighing his options, Clowney decided to return to Cleveland on a one-year contract worth a maximum of $11 million. While he enjoyed playing alongside Myles Garrett on the Browns’ defensive line during a resurgent season, Watson’s landing in Cleveland was truly pivotal for him.

“I spoke to him a couple of times before he signed and after he signed. We stayed in touch throughout the whole little thing of coming here. If he comes or I come, what will happen? I told him when he goes [to Cleveland], then I’ll follow him here,” Clowney told reporters on Thursday, June 16. “I thought I played well here last year and I feel like I can get better and differentiate myself from what I did last year. Then my boy came here, (QB) Deshaun (Watson).”

Clowney and Watson were previously teammates in Houston and he obviously made quite an impression on the powerful pass rusher. However, it has not yet been decided whether they will be able to match or not.

The Browns are awaiting the league’s decision on a possible suspension of Watson, who is facing 24 active civil lawsuits from women who have accused him of inappropriate sexual conduct during massage sessions. Pro Football Talk’s Mike Florio reported Thursday that the NFLPA is bracing for an “unprecedented” punishment for the QB they plan to fight.

Clowney had nine sacks with the Browns last season, good for second place on the team behind Garrett. He also did a lot of things that didn’t show up on the box score and was very effective as a run stopper. Missing just two games — one with an elbow problem and the other due to COVID-19 — he re-established himself as a consistent, reliable starter in the NFL.

Playing against a world talent like Garrett is obviously a huge plus for Clowney as he can capitalize on the attention he draws from the other side.

“Me and he do some good things together. We got along well,” said Clowney. “We played well together. We fed on each other. Come here and do the same thing again this year, even better because this was our first year, we didn’t know each other that well and we had a good thing from last year. Try to keep going this year.”

A competent threat on the other end also helps Garrett. He posted a franchise-record 16 sacks last season.

The Browns completed mandatory mini-camp on Thursday and the players will now go on summer vacation before returning to training camp in late July. Head coach Kevin Stefanski left his team with one final message.

“No. 1 is to be safe. As a coach, you hate it when your team travels all over the world and you want everyone to be safe – you want them to have fun, like I mentioned, you want that they charge the battery, but definitely be safe and make good decisions when they’re away from here,” Stefanski said on Thursday. “Then they have to come back in the best shape of their lives. You have to do that every time, when preparing for the start of the training camp.”

While the Browns aren’t at the facility, there will be some key developments that the team will be keeping an eye on, chief among them being Watson’s suspension and where Baker Mayfield will eventually end up.