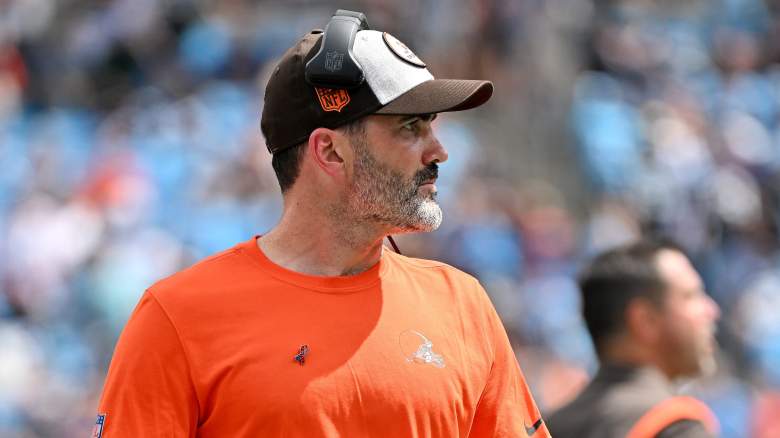 The Cleveland Browns have sent a strong message to one of their young defensemen with some player increases announced on Saturday.

The Browns took to Twitter a day before the team’s home game against the New York Jets to share the news that two members of their practice team, linebacker Jordan Kunaszyk and defensive tackle Roderick Perry, had been activated for Sunday’s game.

“We took 2 players from our training squad into the active squad for Sunday’s game,” he said Browns tweeted.

Kunaszyk is a three-year NFL veteran who has spent most of his career as a special teams player, first as a rookie with the Carolina Panthers and for the last two seasons as a member of the Washington Commanders. He appeared in the Browns’ Week 1 game against the Panthers and played 69% of the game’s special team snaps (22 total snaps), according to Pro Football Reference.

Perry made his mark in Cleveland this year as an undrafted rookie from the University of Illinois.

The Browns’ decision to raise Perry suggests the team may have decided to exclude rookie defensive tackle Perrion Winfrey from Sunday’s game.

Cleveland suspended Winfrey from practice Thursday after his struggles with timeliness continued. Brad Stainbrook of The Orange and Brown Report broke the news of Winfrey’s punishment.

“I was told that DT Perrion Winfrey was sent home today for being late again,” Stainbrook wrote. “I was told he was fined and was also told the team is seriously considering sitting out the rookie on Sunday and taking a DT up from the [practice squad].”

Perry is now the fifth active defensive tackle on Cleveland’s depth chart, according to ESPN. As of Saturday night, there had been no official announcement from the team on Winfrey’s game status against the Jets.

As for Winfrey’s teammates, they seem on board with the Browns’ decisions to punish defensive tackle, at least up to this point. That’s especially true for All Pro defensive end Myles Garrett, who opened up about the situation when speaking to reporters on Friday.

“I think we all need to stand up and say something, but sometimes silence speaks louder than words.” said Garrett. “We’ve used our voice a few times and at the end of the day he needs to learn how to be a pro. Kevin [Stefanski] took matters into his own hands and he felt it was the right thing to do and I fully support my coach’s actions.”

“It was pretty common knowledge,” Garrett continued. “And it was easy to see. It wasn’t like we had to bring it to his attention. It was just that his actions were very obvious.”